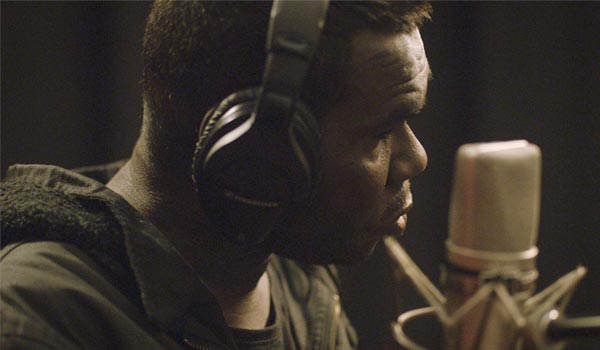 Shining the spotlight on Australia’s thriving documentary industry, the Australian Academy of Cinema and Television Arts (AACTA) has today announced that ten of Australia’s best feature length documentaries from the past year will screen during AACTA’s stand-alone Docs Fest.

AACTA’s Docs Fest program marks the first time that a wider shortlist of feature documentaries competing for the AACTA Award for Best Feature Length Documentary will be officially screened in cinema to voting members.

The ten films making up the Best Feature Documentary Shortlist are: BACKTRACK BOYS, DYING TO LIVE, GHOSTHUNTER, GUILTY, GURRUMUL, HAVE YOU SEEN THE LISTERS?, ISLAND OF THE HUNGRY GHOSTS, JILL BILCOCK: DANCING THE INVISIBLE, MOUNTAIN and WORKING CLASS BOY.

From delving into the lives of some of Australia’s most iconic musicians, artists and film practitioners (GURRUMUL, HAVE YOU SEEN THE LISTERS?, JILL BILCOCK: DANCING THE INVISIBLE, WORKING CLASS BOY), to tackling complex and haunting issues such as organ and tissue donation (DYING TO LIVE), repressed trauma and child abuse (GHOSTHUNTER), the ten feature documentaries are a truly diverse collection of stories.

The stories span the globe, taking audiences from the outskirts of Armidale in New South Wales (BACKTRACK BOYS) to the tops of some of the highest mountains in the world (MOUNTAIN), and behind the walls of death row at the notorious Kerobokan Prison in Indonesia (GUILTY) and the Christmas Island Detention Centre (ISLAND OF THE HUNGRY GHOSTS).

AACTA Docs Fest will screen during the first week of October in Sydney at the Australian Film, Television and Radio School (AFTRS), in Melbourne at Cinema Nova and in Brisbane at Griffith Film School.

AACTA Docs Fest is exclusive and complimentary to AFI | AACTA members, with guests permitted to attend selected events. The full Program is available on www.aacta.org. In addition to Docs Fest screenings, the ten competing feature documentaries will be available to view online via AACTA TV from 2 October – available to AFI and AACTA members anytime, anywhere and on any device.