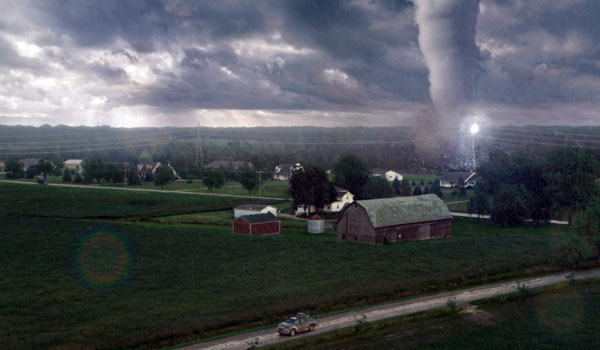 Every few years a film will come along and make you realise how powerful and brutal nature can be, and just how insignificant we are in the face of her overwhelming ferocity.

For us the last film that really hit home the ideology of the power of nature was 2004’s Day After Tomorrow (mainly because we love Dennis Quaid) and, to a lesser extent, 2009’s 2012 with John Cusack. 014’s celebration of almighty nature comes in the form of a film from Village Roadshow Pictures called Into the Storm. The story follows a series of tornadoes, closely pursued by the obligatory tornado hunters, as they decimate a small town (think Twister but with more carnage).

Out in September, given the insane weather recently experienced by places like Sydney, and the fact that this week Neighbours’ famous Ramsey Street is set to be destroyed by a tornado, the release is both timely and terrifying.

Check out the trailer below and cower in fear…