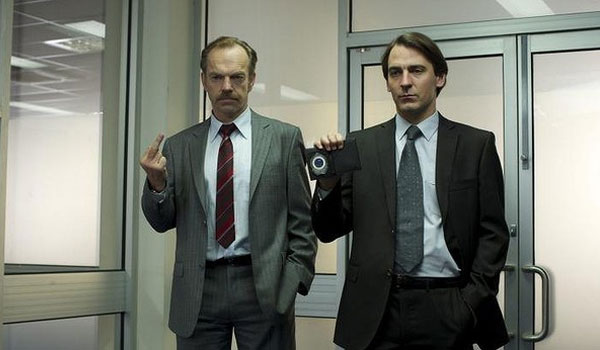 Entertainment One and THE MULE filmmakers are thrilled to announce the Australian feature film THE MULE will launch to Australian audiences on iTunes and other digital platforms on November 21, ensuring that the film can be seen immediately on any device, at any time. The film will simultaneously launch in the USA, Canada and New Zealand.

THE MULE filmmakers and actors Angus Sampson, Leigh Whannell and Hugo Weaving will support the local release via a Sydney and Melbourne publicity tour, including event screenings and public Q&A sessions, ahead of its local launch.

This innovative release model is a unique offering for an Australian film, and will allow viewers to watch THE MULE how and when they want, on the device of their choice. THE MULE will be available for customers to pre-order on iTunes from Monday 29 September.

“This style of release is testament to the vision of the filmmakers to present their film to the widest possible audience across the country and for eOne’s desire to drive new and unique ways to connect films with audiences in an ever changing landscape.”

Inspired by true events, THE MULE tells the story of a naive man who is detained by federal police with lethal narcotics hidden in his stomach. Alone and afraid, ‘the Mule’ makes a desperate choice; to defy his bodily functions and withhold the evidence… literally. By doing so he becomes a ‘human time bomb’; dragging cops, criminals and concerned family into his impossible escapade.

THE MULE premiered to widespread acclaim at the 2014 South by Southwest festival and has been invited to enjoy its European premiere at the BFI London Film Festival in October.

Following the film’s digital release, THE MULE will be available on Blu Ray, DVD and on digital rental from December 3.