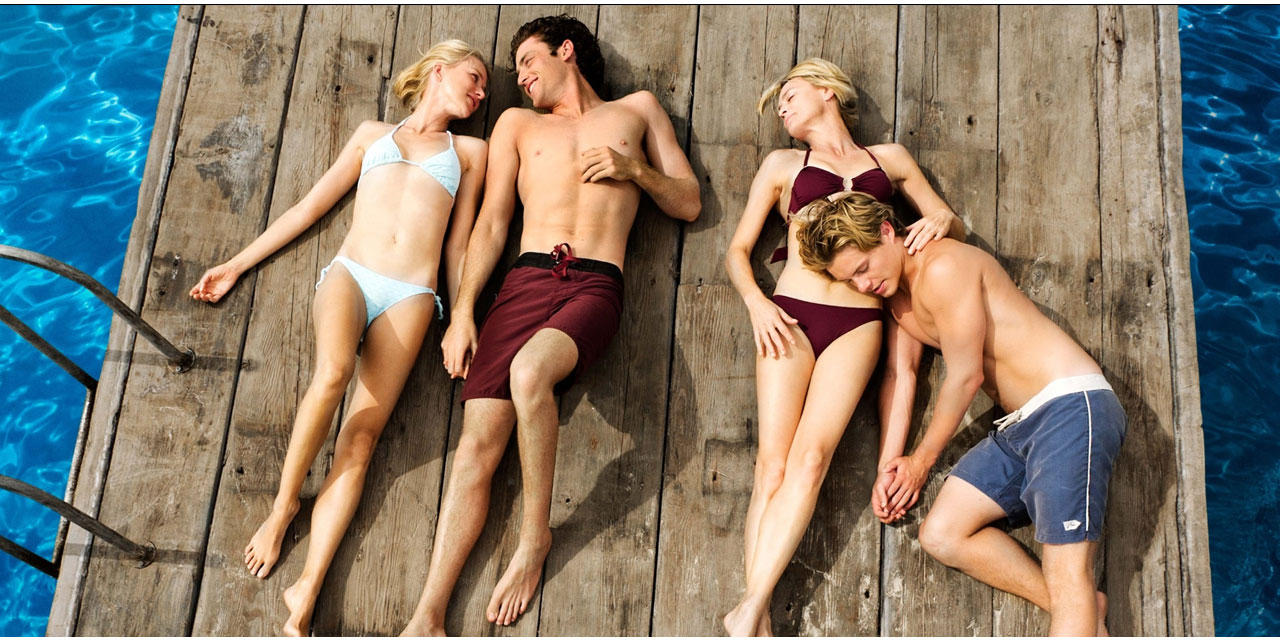 Thanks to Hopscotch Entertainment, we watched the Australian romantic drama ‘Adoration’ directed by Anne Fontaine.

Based on the novella by Doris Lessing, Adoration is the love story of the two inseparable childhood friends Lil (Naomi Watts) and Roz (Robin Wright) who fall in love with eachother’s younger sons Tom (James Frecheville) and Ian (Xavier Samuel).

While what started as a simple affair could end the long-running friendship between these two lifelong friends, it actually strengthens the bond between the two mothers and sons once they learn to embrace their feelings.

Adoration is a weird yet interesting romantic chick flick drama, which may surprise viewers who expect controversy and conflicts between the four lead characters, since these do not happen that often. On the contrary, the main messages are about friendship, love and midlife crisis; a complex but interesting range of topics.

Performance wise, all four leads deliver. None of the performances are specifically memorable though, which is mainly due to the slow narrative of the film. Furthermore, the ending of the film is quite unexpected and could be interpreted either as a highlight or as a huge letdown.

Overall, Adoration is a curious and slightly controversial film, for a mature audience. An ideal chick-flick – or should we say cougar-flick? – for a rainy weekend afternoon, as long as you don’t expect too much.

Adoration is available on DVD from March 26.