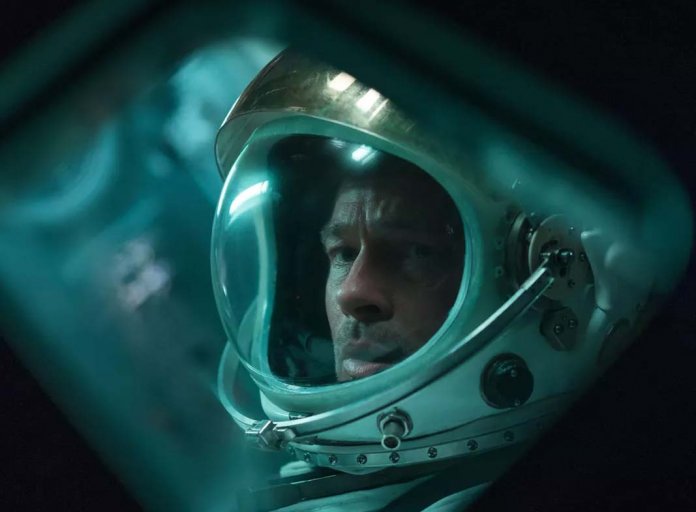 “Ad Astra” is a Latin term which translates as “to the stars” and is a fitting title for director James Gray’s newest film. But to call it a science fiction or space exploration movie would ignore the all too human drive at the centre of the story.

The film opens with an intense and visually stunning scene as Roy McBride (Brad Pitt) narrowly escapes death when a space antenna he’s working on experiences a power surge. This surge is merely one of many that are afflicting Earth in an undistinguishable future timeline. Roy is sent on a mission to space to investigate the cause, speculated by his employers to be caused by a long-gone astronaut, Clifford McBride (Tommy Lee Jones) – Roy’s father.

Clifford left Earth on a deep-space mission when Roy was young and in his father’s absence Roy has become stoic, distant and closed-off. This makes him an ideal military astronaut who remains calm under much pressure, but the personal cost has been high with his wife Eve (Liv Tyler) having recently left him. 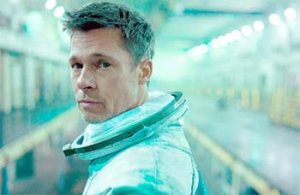 “Ad Astra” is not a film about space but rather a film where space is the setting for a human story. Expectations for an action-packed sci-fi must be set aside. Except for a few intensely violent scenes the story is told in a slow, methodical manner.

Brad Pitt carries the film with the audience being privy to his character’s thoughts thanks to voiceover. As he goes deeper into space, he narrates his search for answers and truth, uncertainty about himself and his father, and regrets about his life to the audience in monologues that are direct but not heavy-handed. It’s a testament to Pitt’s acting skills and James Gray’s direction that this was handled so well as these elements could have easily come across as trite in other hands.

Roy is a character very much caught up in himself bringing the audience along with him. Donald Sutherland, Liv Tyler, Ruth Negga and other actors play interesting support characters whose appearances are all too brief. It would have been good if Ruth Negga particularly had featured more in the film.

Tommy Lee Jones as the main supporting role of Clifford was a brilliant performance, giving a character whose absence is so central to the plot a great deal of presence. His portrayal as a distant, reclusive father to Pitt’s character, who could easily fall into that same pattern, was a convincing one.

Space is the backdrop to this tale and what a backdrop it is! The visuals and cinematography have a great sense of scale and show an amazing amount of detail. In a story that travels along quite slowly, the visuals keep the audience interested into seeing what happens next. From Earth’s atmosphere to the Moon, Mars to Neptune, the vastness of the stars and the sky to the claustrophobic confines of a spacecraft, every scene is a delight to watch. A definite recommend for cinematic viewing as the sheer scale of it all can only be fully appreciated on a large screen.

“Ad Astra” may mean “to the stars” but at its heart is one man’s search for internal truth and humanity’s search for meaning. If that’s what you’re into then this film is definitely worth seeing.