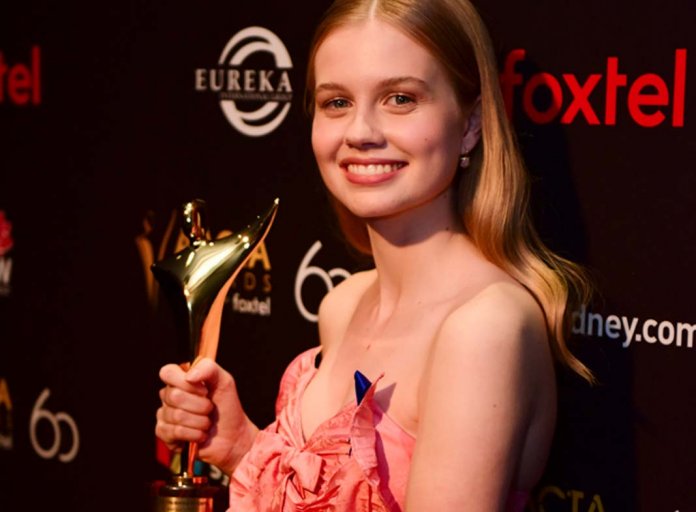 With just six weeks until the 2019 AACTA Awards presented by Foxtel, excitement has increased today with the announcement of the nominees in all categories for Australia’s top screen awards.

Honouring Australian screen excellence across feature film, television, documentary, short form and online, the winners will be announced at the two major 2019 AACTA Awards presented by Foxtel events, held at The Star Event Centre in Sydney, home of the AACTA Awards: The Industry Luncheon on Monday 2 December, and the AACTA Awards Ceremony on Wednesday 4 December, telecast on Channel Seven with encore screenings on Foxtel. Tickets to both events are on sale now from www.aacta.org/whats-on.

In television, Foxtel’s LAMBS OF GOD leads the field with fourteen nominations across television categories, with an additional four subscription television award nominations.

AACTA Award winner Damon Herriman has made AFI | AACTA history, earning four individual nominations across the performance categories – the most any performer has received in a single year in AFI | AACTA history – for his roles in JUDY & PUNCH and THE NIGHTINGALE, and his work in television including MR INBETWEEN and LAMBS OF GOD.

Inciting some of the most passionate and engaged audiences this year, newcomers LEGO® MASTERS AUSTRALIA and THE MASKED SINGER compete for the AACTA Award for Best Entertainment Program alongside audience favourites AUSTRALIA’S GOT TALENT, AUSTRALIAN NINJA WARRIOR and HARD QUIZ. In an unprecedented year for unscripted Australian television, the nominees for the inaugural AACTA Award for Best Factual Entertainment include: AACTA Award winner GRUEN; TODD SAMPSON’S BODY HACK; previous AACTA Award nominee GOGGLEBOX AUSTRALIA; WHO DO YOU THINK YOU ARE? and Rose d’Or winning series YOU CAN’T ASK THAT.

Also announced today were the nominees for the AACTA Award for Best Children’s Program which counts International Emmy® nominee BLUEY amongst contenders as well as DROP DEAD WEIRD, HARDBALL, THE INBESTIGATORS and THE UNLISTED.

A total of fifteen feature films have received nominations with six films competing for the highly coveted AACTA Award for Best Film presented by Foxtel: HOTEL MUMBAI, JUDY & PUNCH, THE KING, THE NIGHTINGALE, RIDE LIKE A GIRL and TOP END WEDDING.

In television, the five nominees competing for the AACTA Award for Best Drama Series are: BLOOM,

MR INBETWEEN returns as a category nominee for the second consecutive year, joined by multi-AACTA Award winning WENTWORTH. Both will compete against the Stan Original drama series BLOOM, which boasts notable Australian talent including previous Longford Lyell Award recipients and multi-AFI | AACTA Award winners Golden Globe®-nominated Bryan Brown and two-time Oscar® nominee Jacki Weaver, both of whom are nominated for their performances this year.

Adding to his two feature film nominations, Damon Herriman has received an additional two television nominations within the same category – Best Guest or Supporting Actor in a Television Drama for his work in LAMBS OF GOD and MR INBETWEEN – making him the current AFI | AACTA record holder for the most nominations across performance categories.

Also receiving two nominations within the same category is Celia Pacquola for her performances in ROSEHAVEN and UTOPIA. Both roles have seen her take home the AACTA Award for Best Performance in a Television Comedy in previous years, and this marks her sixth consecutive year to be nominated.

Among those receiving their first ever AACTA Award nominations are: Jenna Coleman (THE CRY); Ann Dowd (LAMBS OF GOD); Sam Reid (LAMBS OF GOD); Brooke Satchwell (MR INBETWEEN); John Stanton (BLOOM); and Miranda Tapsell who has earned her first AACTA Award nominations across both film and television categories for Best Lead Actress (TOP END WEDDING) and Best Performance in a Television Comedy (GET KRACK!N).

Productions receiving consecutive category nominations include MR INBETWEEN and WENTWORTH in the Best Drama Series category; and THE LETDOWN and ROSEHAVEN for Best Comedy Series, while Alison Bell (THE LETDOWN), Kate Box (LES NORTON), and Scott Ryan (MR INBETWEEN) who took home the Subscription Television Award for Best New Talent in 2018, are all up for their second consecutive nominations.

“AFI | AACTA continues to celebrate the excellence of our industry with a total 57 awards recognising excellence across all industry sectors, including feature film, television, documentary, short film, online, visual effects and animation. We’re thrilled to see such a wealth of diverse productions at this year’s Awards, all of extremely high-quality and many of which have received global recognition,” said AFI | AACTA CEO Damian Trewhella. “This year our awards have expanded to include new entertainment categories that cater to Australia’s ever evolving and exciting screen landscape. From emerging to established practitioners and performers, this year’s nominees are a testament to the strength of the Australian screen industry and we look forward to celebrating their impressive achievements and the talents at our upcoming Awards.”