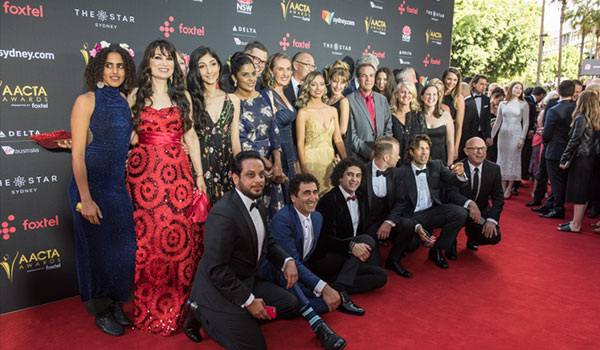 The AACTA Award for Best Indie Film builds on the more inclusive feature film eligibility criteria AACTA established last year, which opened a pathway into competition for a greater number of films from filmmakers with diverse backgrounds (gender, sexual and cultural diversity), as well as films from emerging filmmakers. These filmmakers often work in the low-budget sector and this Award will specifically honour the finest Australian films with a budget of under $2 million, further illuminating their unique voices and diverse stories.

Over the past five years, the Australian Academy has seen the percentage of films with budgets under $2 million entering the Awards almost double. The expansion of non-traditional distribution pathways, the availability of video-on-demand and subscription video-on-demand services and the role of social media as a marketing platform has also seen low-budget and independent Australian films have more opportunities to find audiences than ever before.

Despite these trends, it can be challenging for these smaller, low-profile films to garner AACTA nominations alongside bigger-budget films in existing feature film categories. The Best Indie Film Award gives these films an additional exclusive opportunity to be recognised and nominated by their peers at the nation’s most prestigious screen awards.

“Low-budget films are deserving of greater representation in our industry, and by extension so are the unique voices that inhabit many of these films,” said AFI | AACTA CEO Damian Trewhella. “In creating this new Award category we are shining a brighter spotlight on these productions – many of which are real gems – along with talented, diverse and emerging filmmakers behind them. We know the AACTA Awards can generate huge exposure for Australian films, and this Award opens a significant pathway for these filmmakers to share in these incredible outcomes.”

“The Australian Directors Guild applauds AACTA for introducing this new and timely award,” said ADG CEO Kingston Anderson. “So many of our established directors have started their careers making low or no budget films and this recognition of their hard work and determination will be greatly appreciated.”

“For women and other diverse filmmakers, the opportunity to make a feature often comes from the independent and low budget filmmaking spheres. The AACTA Award for Best Indie Film will help spotlight this rising talent in our industry who are often rendered invisible amongst the bigger players. WIFT NSW commends AACTA for nurturing new talent and helping dynamic indie filmmakers to reach new audiences and the larger industry,” said Women in Film and Television NSW President Megan Riakos.

“We never stop being surprised by the vibrancy and vitality of the Australian independent film scene,” said Revelation Perth International Film Festival founder and Director Richard Sowada. “They have such distinctive flavours and lines so it’s very pleasing to see those qualities recognised with this award. This award can launch careers.”

“Recognising filmmakers through the AACTA Award for Best Indie Film provides the growing number of self-distributed productions to not only take advantage of low-budget alternatives in the digital age, but to be recognised for their innovation,” said Cinema Nova General Manager Kristian Connelly. “This new Award will provide important awareness to the work of budding Australian filmmakers.”

Spanning both film and scripted television productions, the AACTA Award for Best Casting presented by Casting Networks has been introduced following industry consultation and lobbying. In line with the Emmy Awards casting categories, the award will recognise the vital role that casting plays in the success of television and film.

“It’s been said by countless directors that casting is unequivocally the most important element in the filmmaking process, and the AACTA Award for Best Casting shines a light on the craft and career of casting itself, and can and will inspire generations to come,” said Casting Guild of Australia President Kirsty McGregor. “Australian casting directors are working locally and internationally on AACTA, Emmy, BAFTA and Oscar-nominated productions, and we’re very proud to finally have this recognition for our craft at our nation’s greatest celebration of film and television.”

“As we continue to work with casting directors to evolve our products, we have a unique lens into the casting process, where we see the sophistication and nuanced detail of their craft,” said Casting Networks VP of Business Development Daniel Rosenberg. “In honouring ‘Best Casting’, AACTA is providing much needed recognition for the tireless efforts by casting directors in the film and TV production process and we are proud to sponsor this award.”

The AACTA Awards are supported by the New South Wales Government via its tourism and major events agency, Destination NSW.