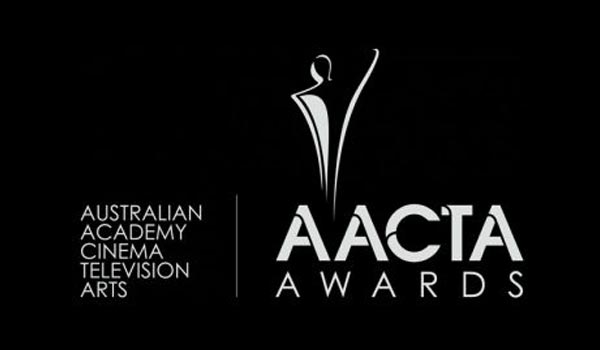 All eyes were on Sydney tonight, as Australia’s top screen achievements were recognised at the 6th AACTA Awards Ceremony presented by Foxtel, held at The Star Event Centre in Sydney.

The Australian screen industry came together to honour the industry’s achievements, with a total of twenty Awards presented, following the thirty-three Awards announced at Monday’s Industry Luncheon presented by Blue Post.

Among the show’s highlights were the presentation of the AACTA Longford Lyell Award to Paul Hogan AM and the AACTA Trailblazer Award to Isla Fisher.

In addition to the presentation of the Awards, the evening’s musical performances were outstanding, including iconic UK pop group Culture Club, who performed a medley of their greatest hits.

The Ceremony opened with an incredible performance of Tainted Love from Jessica Mauboy, and Dami Im showed off her classical piano skills during a tribute for the 20th anniversary of Australian film SHINE. Paul Kelly gave a moving performance to accompany the ‘In Memoriam’ segment of the Ceremony alongside his daughters, Madeline and Memphis, and Charlie Owen. Mel Gibson received the AACTA Award for Best Direction, fourteen years after receiving his last AFI or AACTA accolade, the AFI Global Achievement Award, and twenty years since receiving the Best Direction Oscar® for BRAVEHEART. Receiving Awards for their performances in HACKSAW RIDGE were Andrew Garfield, for Best Lead Actor, and Hugo Weaving, receiving the AACTA Award for Best Supporting Actor for the second year in a row. Having received its fifth consecutive nomination, MASTERCHEF AUSTRALIA (Network Ten) scooped up the AACTA Award for Best Reality Television Series for the second year in a row. Among Paul’s screen credits, which span four decades, are: the iconic CROCODILE DUNDEE, for which he received Oscar and BAFTA nominations, and won the Golden Globe Award for Best Actor – Motion Picture Musical or Comedy; THE PAUL HOGAN SHOW, which saw him win two Logie Awards for Best Comedy Performer; and his true-blue Australian advertisements, including the Australian Tourism ad which spawned the catchphrase “throw another shrimp on the barbie”.

The Award was presented to Paul by Shane Jacobson, with touching tributes from Michael Caton, Ernie  Dingo, Delvene Delaney, John Brown, Peter Faiman, Adam Hills and Dave Hughes, among others.


AACTA TRAILBLAZER AWARD
Recognising the achievements of screen practitioners who inspire others with their portfolio of work, the AACTA Trailblazer Award was presented to Isla Fisher, who attended the Ceremony with her husband Sacha Baron Cohen. An AACTA Award and Logie nominated actress, and self-described ‘comic-actress’, Isla is a strong advocate for comedic roles for women in Hollywood and is also an acclaimed dramatic actress and successful author.

Acclaimed artist and director, Lynette Wallworth was the recipient of the Byron Kennedy Award, which celebrates outstanding creative enterprise within the screen industry and includes a $10,000 prize. Known for her innovative use of virtual reality, Lynette’s career spans the globe, masterfully moving across continents and uniting international audiences.

AFI | AACTA CEO Damian Trewhella said: “The AACTA Awards play an important role in promoting Australian screen practitioners and performers to both our international industry peers and audiences here at home, and tonight’s Awards recognise their outstanding achievements. Their skill, passion and commitment continues to put Australia on the world map for film and television excellence. “On behalf of the Australian Academy, I congratulate all recipients awarded tonight, in particular our three talented individual Award recipients; Paul Hogan AM, Isla Fisher and Lynette Wallworth. “Tonight’s results will help drive sales and awareness for awarded productions, and will see exciting new chapters in the careers of Nominees and Award recipients.”

NSW Minister for Trade, Tourism and Major Events Stuart Ayres said: “Tonight’s AACTA Awards cap off another exceptional year for Australian productions and showcased the strength and talent of our local film and television industry. “NSW is the hub of screen production in Australia and the NSW Government is delighted to announce that fittingly, the AACTA Awards will return to Sydney in 2017 through the support of our tourism and major events agency, Destination NSW.“I warmly congratulate all of tonight’s winners on their achievements and look forward to welcoming the industry back to Sydney next year.”

The AACTA Awards are proudly supported by the New South Wales Government through its tourism and major events agency, Destination NSW.