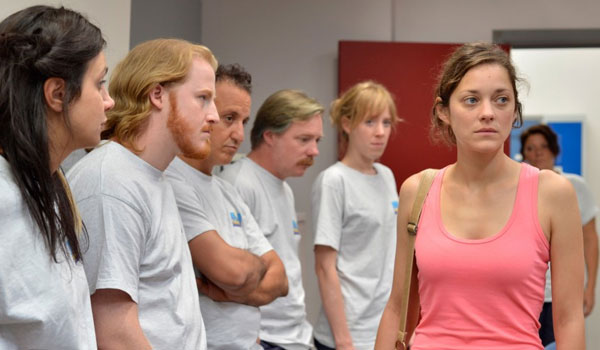 The 61st Sydney Film Festival’s prestigious awards were announced during the Closing Night Gala at the State Theatre last night.

Before the awards were announced, NSW Minister for the Arts, Troy Grant said,

“Sydney Film Festival is a highlight of the city’s rich arts calendar and plays an important role in the local and national film industry. The New South Wales Government, through Screen NSW and Destination NSW, is proud to support another successful year for the Festival.”

“Our Closing Night Gala marks the end of another successful 12-day Festival, and the seventh consecutive year of growth in attendance.This year we welcomed over 156,000 people to screenings, events and talks.”

“From the unforgettable Opening Night film 20,000 Days on Earth and the star-studded premiere of David Michôd’s The Rover to the emotional standing ovation at Tender and the warmly received 2014 Cannes Palme d’Or winner Winter Sleep,this year’s Festival truly was one to remember.”

Out of a selection of 12 films in Official Competition, the Sydney Film Prize was awarded to Two Days, One Night directed by Jean-Pierre and Luc Dardenne.

The inaugural Documentary Australia Foundation Award for Australian Documentary was awarded to the brave and confronting 35 Letters, directed and written by Janine Hosking. Special mention went to Tender directed by Lynette Wallworth.

The Dendy Awards for Australian Short Films were also announced, with the Dendy Live Action Short Award going to I Want to Dance Better at Parties, directed and written by Matthew Bate and Gideon Obarzanek. The Yoram Gross Animation Award went to Phantom Limb,directed, written and produced by Alex Grigg. The Rouben Mamoulian Award for Best Director was awarded to Eddy Bell for Grey Bull.

The Closing Night Gala also featured a sold-out screening of New Zealand vampire mockumentary What We Do in the Shadows. Filmmakers and stars Taika Waititi, Jemaine Clements and Jonathan Brugh were in attendance.