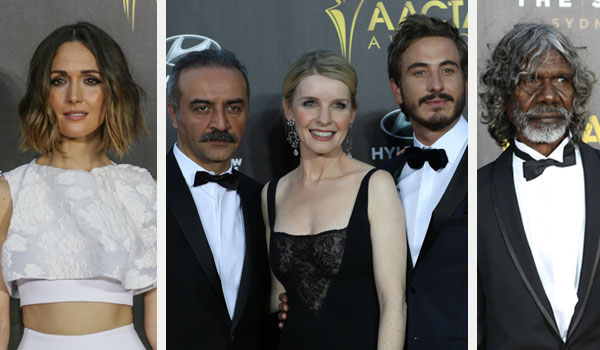 The 4th AACTA Awards were held on Thursday, January 29 at Sydney’s the Star.

Check the complete list with the winners of the night below:

Award for Best Direction in A Television Drama or Comedy
The Code: ‘Episode 1’ Shawn Seet – ABC

Award for Best Screenplay in Television
Please Like Me Episode 2/07: ‘Scroggin’ Josh Thomas

Award for Best Supporting Actress
Susan Prior The Rover

Stay tuned for our full coverage ON THE SPOT at the event, including red carpet interviews, photos and more!