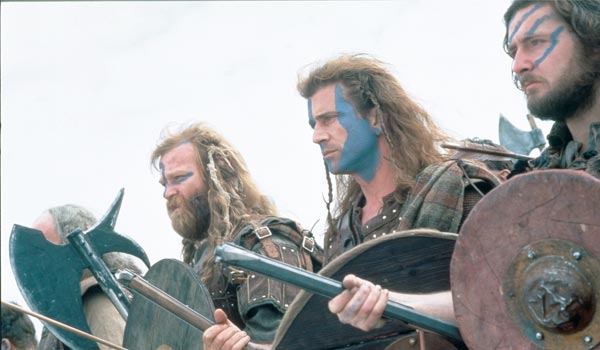 The availability of 4K Ultra HD TV content has been steadily on the rise on major platforms such as Netflix, YouTube, iTunes and PlayStation Video. Watching movies in 4K can deliver audiences a higher resolution picture with four times the number of pixels of standard HD, effecting in a resolution that makes 4K one of the clearest television formats.

Fan favourite Braveheart has been released on 4K Ultra HD, after being transferred from its original 1995 format. Find below our top four reasons on why you should watch a Braveheart remastered in 4K.

Watching Braveheart in 4K brings out more powerful colour hues, shadows and highlights. As a result of an increased contrast ratio and colour accuracy, the images shown on screen begin to look astonishingly lifelike and cause less eye strain than the effects of a regular HD TV or computer screen. Who doesn’t want to see the life-like blood dripping down the battlefield?

The transfer of James Horner’s score and soundtrack into 4K has resulted in clear audio with immersive rumbles during battle scenes bringing more drama and escalation to these scenes. You can rally yourself to hit the gym or step out of your comfort zone after hearing William Wallace stirring speech in crystal clear quality.

Since the majority of the movie is filmed in sweeping long shots, viewing Braveheart in 4K captures striking shots of the Scottish Highlands, making it the ultimate movie for Scottish and Irish landscape cinematography.

Braveheart in 4K Ultra HD enhances even the subtlest of details such as the dirt on William Wallace’s face and the special effects makeup of gory wounds and bloody injuries, and who doesn’t want to get up close and personal with Mel Gibson?