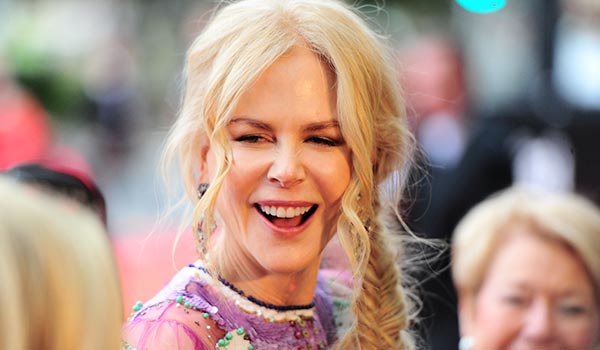 The Australian Academy of Cinema and Television Arts (AACTA) celebrated its 60th year tonight at the 2018 AACTA Awards Ceremony presented by Foxtel in Sydney at The Star Event Centre. In a big year for Australian screen stories, SWEET COUNTRY, MYSTERY ROAD, RIOT, LADIES IN BLACK, Nicole Kidman, Warwick Thornton, Deborah Mailman and Simon Baker were among the winners announced at the star-studded Ceremony.

Also winning her first AACTA Award was first-time nominee Hannah Gadsby, who received the AACTA Award for Best Performance in a Television Comedy for her critically acclaimed stand-up special, NANETTE.

Chinese box office hit DYING TO SURVIVE received the AACTA Award for Best Asian Film presented by Eureka International Group (EIG). The Award was presented to the film’s director Muye Wen on stage by Golden Globe winner Rachel Griffiths and Best Asian Film Grand Juror Renny Harlin. In addition to being the third highest-grossing film at the Chinese box office in 2018, the black comedy is one of only a handful of films to have triggered a change in laws, with the Chinese Government lifting tariffs on many cancer treatments earlier this year and adding dozens of previously banned imported drugs to national medical insurance.

AACTA Best Asian Film Grand Jury President, Oscar® and AACTA Award-winning actor Russell Crowe said, “Although thousands of films are produced worldwide each year, only a small group manage to spark political debate, receive critical acclaim and become a commercial success – DYING TO SURVIVE is one of these rare films. On behalf of AACTA and the Best Asian Film Grand Jury, I congratulate Muye Wen, Xu Zheng and the cast and crew on their incredible success.”

The Byron Kennedy Award, which celebrates outstanding creative enterprise within the screen industry, was presented to award-winning filmmaker, photographer and philanthropist Ian Darling AO for his brave, innovative and wide-ranging pursuit of excellence. Darling’s credits include PAUL KELLY – STORIES OF ME (2012), ALONE ACROSS AUSTRALIA (2004), IN THE COMPANY OF ACTORS (2007) and the AFI Award-winning THE OASIS (2008). He is also the founder of Shark Island Institute, Good Pitch Australia and the Documentary Australia Foundation, with all of whom he shares this award.

“All of Ian’s endeavours are about social impact,” said Dr. George Miller. “His approach is global and synergistic – uniquely effective in forging strong and productive coalitions of storytellers, filmmakers, funders, distributors, and strategic thinkers.”

Celebrating AFI | AACTA’s 60th Anniversary, as Australia’s longest standing national screen culture and industry development organisation, the Ceremony paid homage to the past six decades, including a memorable moment which saw KATH AND KIM’s Gina Riley and Jane Turner reuniting on stage to present the AACTA Award for Best Performance in a Comedy.

Other highlights of the Ceremony included Vance Joy’s performance of his certified gold hit We’re Coming Home and a touching In Memoriam tribute from Katie Noonan covering Nick Cave’s The Ship Song.

“This year’s AACTA Awards are an all-inclusive look at the Australian screen industry, featuring winners and nominees from all industry sectors and at all stages of their careers, as well as productions which span a remarkable range of genres and tell diverse stories with truly unique voices,” said AFI | AACTA CEO Damian Trewhella. “On behalf of the Australian Academy, I congratulate all of this year’s winners and nominees, whose skill, passion and commitment to their craft highlights the world-class talent we have here in Australia.”

“I congratulate all of tonight’s winners and am delighted that Australia’s leading state for film and television production, NSW, is home to the industry’s most prestigious awards, the AACTAs,” said NSW Minister for the Arts Don Harwin. “Having supported the AACTAs since 2011, the NSW Government recognises the importance of creativity and remains committed to growing this vital industry.”

The AACTA Awards are supported by the New South Wales Government via its tourism and major events agency, Destination NSW.