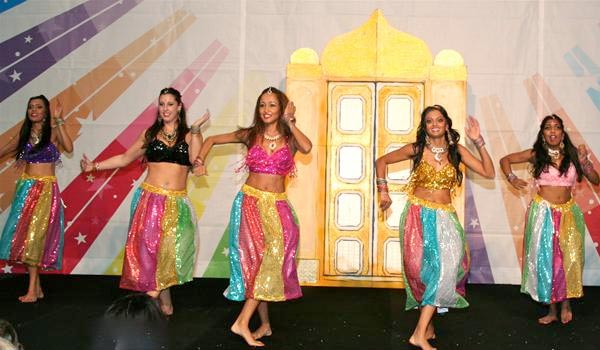 Two new Australian feature films – HONOUR, a Sydney-based thriller, the first Australian film to be fully funded by Indian private investment, and the documentary BOLLYWOOD DOWNUNDER – were announced this week at a gala function held in Mumbai, India, to launch the 2018 Asia International Engagement Program, an initiative of The Australian Academy of Cinema and Television Arts (AACTA).

Produced by Jannine Barnes, co-produced by Anuya Chauhan, directed by Anupam Sharma with Joan Peters (Australia) and Ritesh Kudecha (India) as Executive Producers, HONOUR will examine the issue of dowry deaths and domestic violence within the newly arrived Indian bride community in Australia.  The theatrical release will be accompanied by an app to assist female migrants new to Australia.

Switching genres, BOLLYWOOD DOWNUNDER, to be produced by Deepti Sachdeva and also directed by Anupam Sharma, will be a colourful ‘tongue-in-cheek’ musical look at the roller coaster ride of Australia’s links with Bollywood – the world’s biggest film industry.

“The Australian Academy’s Asia International Engagement Program not only showcases the skills and achievements of Asian and Australian filmmakers to new audiences, but is also developing meaningful pathways for collaborations between Australia and the Asian region,” said AACTA CEO Damian Trewhella. “From a number of films slated for release that focus on cross-cultural storytelling to recent announcements of Asian investment in Australian films, we have been pleased to see an increasing trend of collaborations between Australia and many Asian regions, which our program aims to recognise and foster.”

Addressing the elite gathering, The Hon. Gladys Berejiklian, Premier of NSW added, “I also take this opportunity to thank Anupam and everybody who invests and collaborates from the Indian community in the film industry in New South Wales.”

HONOUR and BOLYWOOD DOWNUNDER will be produced by Sydney’s Fox Studios based ‘films & casting TEMPLE, renowned for its trademark diversity on both sides of the camera.

Said Jannine Barnes, producer for HONOUR, “I can’t wait to ‘realise’ this important Australian story by undertaking a route which practices all the key aspects of contemporary Australian cinema. Private investment, gender and cultural diversity, global audience, and an engaging Australian story will combine to allow victims of these terrible crimes a voice with which to speak.”

Deepti Sachdeva, who is producing BOLLYWOOD DOWNUNDER observed, “Having dealt with Bollywood in Australia as a journalist and storyteller, this tale, with its colour and amazing insights, will appeal to everyone!  I am glad it is being directed and told by Anupam – someone who has been credited with the birth and growth of Bollywood in Australia.”

Director Anupam Sharma, who was in Mumbai to personally announce both HONOUR and BOLLYWOOD DOWNUNDER at the AACTA function, noted, “With a film friendly environment led by Screen Australia, and schemes like Producer Offset, Australia provides some of the safest options for stakeholders in the risky world of film financing. We are glad that Indian backers are recognising this and investing in Australian films. Whilst integrated film activities have been taking place for the last two decades, it is encouraging to see AACTA’s Asia International Engagement Program merge it cohesively for maximum benefit to all.  As a filmmaker, I am very appreciative of the initiatives by CEO Damian Trewhella and his team at AACTA, in bringing more diversity to Australian screens.”

Production on both HONOUR and BOLLYWOOD DOWNUNDER is slated to take place later in 2018.