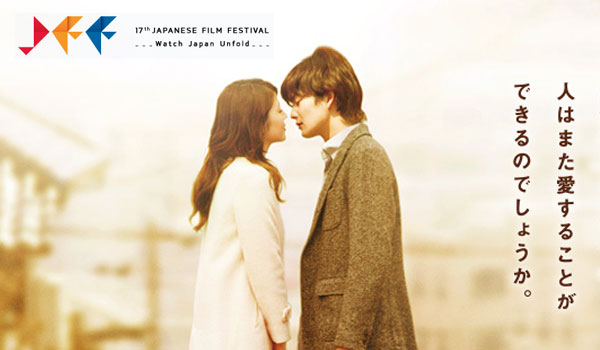 The 17th Japanese Film Festival’s two flagship cities Sydney and Melbourne have extended their line-up to include an extra 20 titles, including internationally acclaimed dramas, wacky ‘only in Japan’ comedies, several thought-provoking titles, and ‘so hot right now’ releases.

In addition to the national program, 13 box office hits have been announced, with 7 more to be announced on Tuesday, 8 October.

Released just 3 days ago in Japan, The Apology King is a side splitting comedy based on the art of apology, dogeza, a deep bow on one’s hands and knees. It’s tough enough apologising for oneself; let alone making a career out of it. Starring Sadawo Abe (Fruits of Faith) and Yutaka Takenouchi (Oba: the Last Samurai, A Honeymoon in Hell, from 2011’s Festival line-up), we apologise in advance for a guaranteed absurd and hilarious comedy.

Edge of your Seat

Shield of Straw is a tense, fast-paced and confronting action thriller, the latest release from internationally acclaimed director Takashi Miike (13 Assassins, Hara-Kiri), that premiered at this year’s Cannes Film Festival.

For crime lovers, The Devil’s Path is based on true crime cases that expose the secret underbelly of crime in modern Japan. Acclaimed by critics, this shockingly dark and violent drama may well be one of the best films to come out of Japan this year. Not for the faint hearted.

Based on a legend during World War II, the Japanese military amassed a colossal underground cache of bullions valued at 10 trillion yen, known as the ‘M Fund’ that has never resurfaced. The Human Trust has an all-star cast including Joe Odagiri (Tokyo Tower), Mirai Moriyama (Always), Yoo Ji-Tae (Old Boy) and Vincent Gallo (Buffalo 66).

For a feel-good romance with an all-star cast including ‘hot right now’ heart-throb Masaki Okada (Akko-chan: The Movie), Beyond the Memories is the tale of two young people who are drawn together as they struggle to come to grips with their painful pasts, based on award winning girl’s manga of the same name Kiyoku Yawaku by Ryo Ikuemi.

Director Masaaki Akahori’s quietly heartbreaking, modern Japanese drama The Samurai that Night, a story of revenge, delves into the psychology of loneliness, and the need for human connection that lies deep within us all. This titled screened in the First Feature Competition at the 56th London Film Festival 2012.

Based on a popular manga by writer Yasunobu Yamauchi, Daily Life of High School Boys is an inside peek into the minds of high school boys. With same director as Afro Tanaka Daigo Matsui, this film follows three ordinary teenage boys desperate to understand the biggest mystery in their lives to date: girls! Can they get through without making complete fools of themselves?

From female director Minoru Kurimura, Orpheus’ Lyre is a disturbing story of a grieving mother who comes to believe that another woman’s baby is her own reincarnated. This film features music by legendary hearing-impaired composer Mamuro Samuragouchi (Resident Evil soundtrack).

For a behind-the-scenes story of a Japanese cinema master Keisuke Kinoshita, Dawn of a Filmmaker – The Keisuke Kinoshita Story is a true insider’s look into understanding the director’s attitudes towards filmmaking as well as commonly used themes within his masterworks.

For full details of titles released to date, please go to www.japanesefilmfestival.net