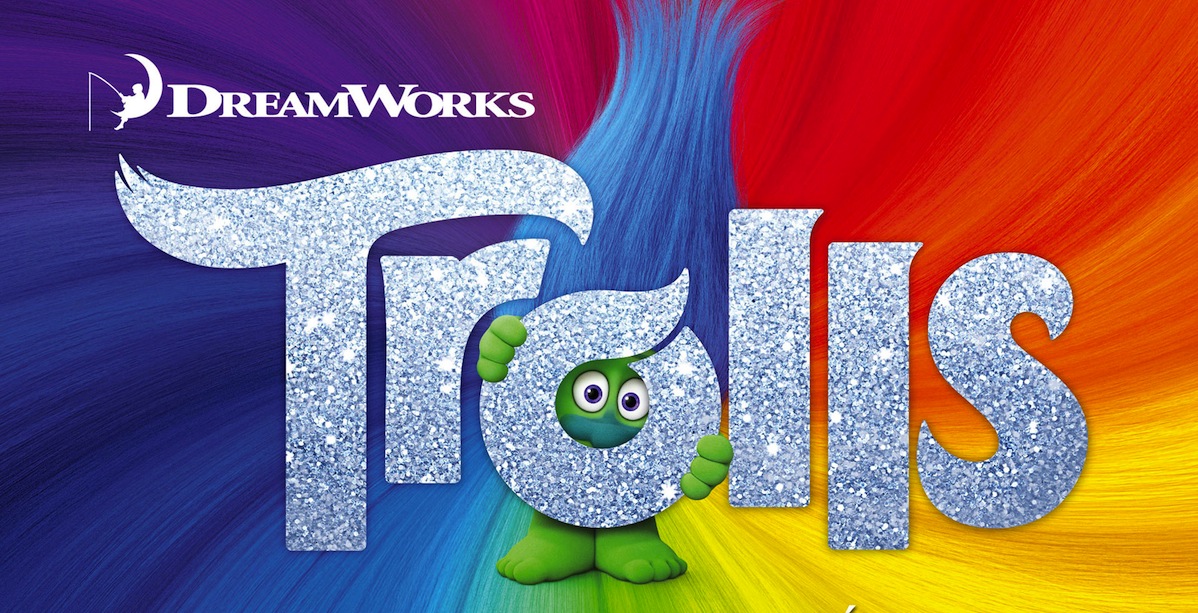 Thanks to 20th Century Fox we had the chance to see DreamWork’s latest animation, ‘Trolls’, at its Sydney premiere. This is our review of the film, but – as usual – no matter what we say, we recommend that you still go to your local cinema and see the film because there is no better critic than yourself!

The film, directed by Mike Mitchell, follows the adorable story of the future Princess Poppy (Anna Kendrick) on her mission to try protect her fellow trolls from Bergen (the ‘bad’ guys) who have invaded their town and capture her friends. Among them is Creek (Russell Brand), DJ Suki (Gwen Stefani) and Biggie (James Corden). Unlike traditional fairytales, where trolls are typically “an ugly cave-dwelling creature”, in this DreamWorks reimagining a troll is a colourful rainbow-inspired optimistic creature. Like clockwork, the trolls have designated hugs every hour, and spread joy through the town by singing and dancing. All but one troll participates, which is where the two worlds begin to collide. Branch, played by Justin Timberlake, is an unconventional troll who is the complete opposite to the others. Instead the self-proclaimed Bergen expert is a pessimistic, sad and dull troll.

While the cheerful Princess Poppy and Branch are worlds apart, they need to use his knowledge of Bergens and her positive attitude together to save their friends from being eaten by King Gristle (Christopher Mintz-Plasse), who believes eating a troll is the only path to happiness. In the alternate Bergen town, a grey town stripped of everything good, happiness is hard to come by. This alarms both Princess Poppy and Branch until alas, a glimmer of hope comes in the form of chef assistant Bridget (Zooey Deschanel). Bridget’s job, ironically, is to prepare the Trolls to be eaten for the Bergen’s pleasure. Branch and Poppy make it their mission to help the King fall in love with Bridget in exchange of being reunited with their friends. This is how their unlikely friendship and alliance develops.

Eventually, the always optimistic Poppy begins to lose hope for her precious town of Trolls and like Branch, her bright pink skin fades to grey, symbolic of loosing hope and optimism. In one of the most memorable scenes in the film, Branch fittingly begins to sing the iconic ‘True Colours’ and encourages Poppy to never give up. Just like that the two worlds that once collide have become one. Notably, this momentous triumph was backed by equally stunning visuals as the screen slowly went from grey tones back to colour.

While, for the most part, the animation itself is definitely for a much younger demographic, the development of each character is strongly explored throughout the movie which at times is inspiring for both adults and children alike. With an all-star cast, and a fun soundtrack, this light-hearted film will have the whole family falling in love with Trolls.

‘Trolls’ is out in Australia on 1st December !