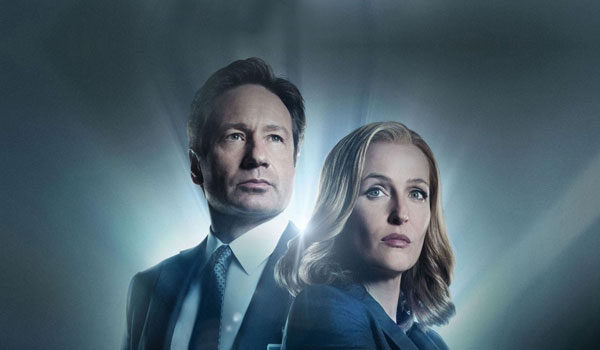 Thanks to 20th Century Fox Entertainment we got our hands on the new season of The X-Files in glorious Blu-ray quality. The new 6-episode series marks the triumphant return of FBI agents Fox Mulder (David Duchovny) and Dana Scully (Gillian Anderson). This time, the beloved duo must deal with the facts that the X-Files are officially closed and Mulder is now mostly sceptical regarding extra-terrestrial phenomena (especially after seeing so many experimental military ships). Scully still hasn’t recovered from giving her son up for adoption for his own safety, permanently damaging her relationship with Mulder.

What initially seems to be a return to normal duties at the FBI turns out to be another battle against a very familiar nemesis who once again is plotting against the population using alien technology.

The magic of The X-Files is still out there, even after a whole 23 years since the first episode was broadcast. Everything feels right in place with tons of plot twists and some great old school moments featuring practical special effects and the usual dry comedy. Duchovny and Anderson are at their best, and the chemistry between them remains strong. The supporting cast also includes the return of Walter Skinner and the addition of a new pair of younger agents.

The Blu-Ray features a 2-hour behind-the-scenes extra with interviews and a closer look at the mythology of the series and how they kept it timeless, with Chris Carter on top of everything.

Overall, a great release and a must own for all X-Files fans!