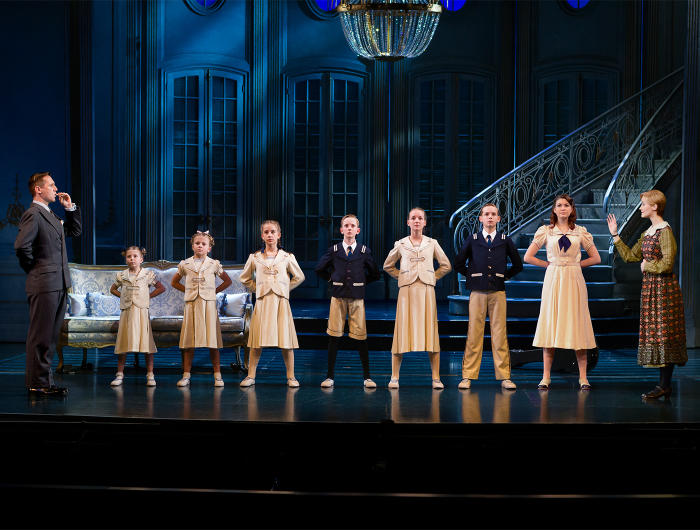 It’s been over a month since I last saw this musical and to say that The Sound of Music was something magical is an understatement. The funny thing is, it was my first ever experience to be in a theatre where I could see people sing to their hearts content to the much loved song they grew up to love. The music itself was heartwarming and gave a spark in everyone that was in the room; the cast of the show embraced the nature of the stage and practically fulfilled the dreams of those who fell in love with the film. A story about Maria Rainer (Amy Lehpamer), who was originally part of an Austrian convent, becomes the governess to seven children of a Naval officer widower, Captain Georg Von Trapp (Cameron Daddo).

It was a wondrous piece of art as it reflected everything there needs to be in a musical. The people in the room were astounded by the collaborative attitude each of the people played in their role. Lehpamer had such grace in her role as Maria – nurturing the qualities of her character as caring, charismatic and passionate. Maria brought the gift of song for the children that were exposed to a routine-based life which lacked spontaneity as their father raised them as adults rather than their default, carefree selves.

Rainer and Daddo both had great chemistry with one another on set. As soon as they were on stage together, you could feel each other’s selfless love, capturing a beautiful aspect in the theatre. As Rainer played Maria, you could feel her genuine love for Von Trapp’s children; she mended the bonds and made them realise how much closer they all were despite the age differences. She paved the way of showing them the beauty in song and how it soothes the soul for those going through a rough time.

With the musical being over two hours in length, The Sound of Music was a dynamic performance that was enjoyed thoroughly by both the cast and the people that were in the room. The costume and set design accurately depicted the nature of the 1965 film and it felt like we were back in time where everything was traditional – without all the technology and gadgets that come with the digital age. Despite the film being over fifty years old, it encompasses a timeless story. It’s incredible to see such a strong sentiment that comes from The Sound of the Music and it’s even more amazing to see it in the real flesh by talented actors in the making. A magical masterpiece which is a must-see for all.

Tickets to The Sound of Music musical are on sale now. The musical’s last running date for Sydney is on February 28. More information can be found here: http://www.capitoltheatre.com.au/the-sound-of-music/