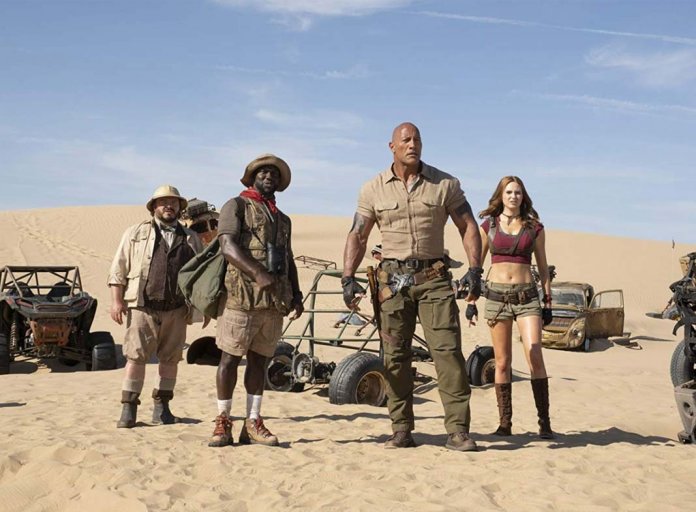 After the success of the very likeable Jumanji: Welcome to the Jungle in 2017, a sequel seemed inevitable. Jumanji: The Next Level follows it up, and it’s more of the same, and also somehow a little bit less.

Having left school, Spencer (Alex Wolff), Martha (Morgan Turner), Fridge (Ser’Darius Blain) and Bethany (Madison Iseman) are planning to meet up for the holidays. When Spencer fails to turn up, his friends decide to re-enter Jumanji. By accident, Spencer’s grandfather Eddie (Danny DeVito) and his estranged friend Milo (Danny Glover) are sucked into the game, and the adventure begins. Dwayne “The Rock” Johnson, Karen Gillan, Kevin Hart and Jack Black reprise their roles as the player characters in the game, with the addition of Awkwafina as Ming Fleetfoot as a thief and Rory McCann as boss Jurgen the Brutal. 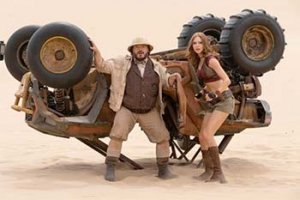 There’s nothing particularly new or exciting here in terms of the story, which is just the same series of in-game challenges being figured out. The real charm of the film lies in the performances of the player characters doing impersonations of their real-life inhabitants. Everyone who gets a chance to do Danny DeVito is funny, but Awkwafina‘s hunch-shouldered, surly, lascivious, raspy portrayal is the winner.

All told, the kids might get some pleasure from the gameplay scenes, but this feels a bit like thin gruel. Not unpleasant, but not inspired.

Jumanji: The Next Level – In Cinemas Boxing Day