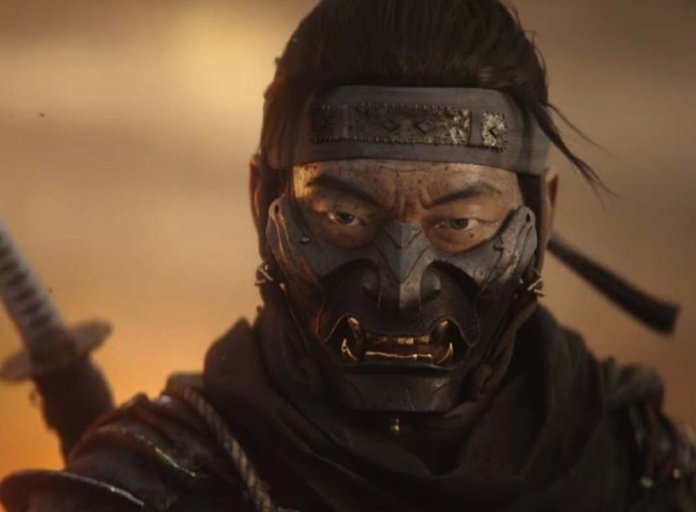 Sucker Punch, the masterminds behind the “Infamous” games, return with “Ghost of Tsushima“. This is probably their most ambitious game yet, especially because this release is close to the launch of the PlayStation 5, and just weeks after the release of the gaming blockbuster Last of Us Part II.

Based on the invasion of Japan by the Mongol Empire in 1274 on the Island of Tsushima, “Ghost of Tsushima” lets players take control of young samurai Jin Sakai, who must assemble a team of warriors to take his island back from the Mongol Empire by becoming a legendary warrior who inspires his people and terrifies the enemy. During his journey, Jin faces his inner demons as he struggles to walk the line between the samurai code and rage while saving his homeland. 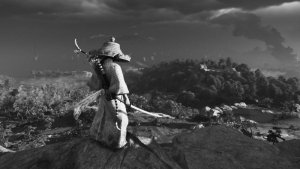 One of the most impressive features of Ghost of Tsushima is the art that brings the game to life. Beautifully crafted scenarios, rich characters and the painterly use of sunlight bring an extra layer of emotion to the journey, especially if you decide to play in cinematic mode. The game even pays tribute to the legendary Akira Kurosawa, by allowing players to activate the “Kurosawa Mode”, which adds a grainy black and white filter, that will make you feel as though you’re playing as Rashomon or controlling one of the Seven Samurai.

The fighting in the game is truly enjoyable and, in true Sucker Punch style, players are capable to increase their skills and charms, by gaining experience, and changing armour and weapons in order to either to go full-on fighting enemies, dodge attacks, or choose the best strategy for victory. What’s more, in true samurai style, Jin can change his fighting stance to release different special moves. 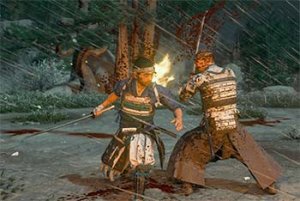 There is just so much to explore in this game, and if you want to dig even deeper you can take on side quests involving secondary characters or choose to explore the Mythic Tales. They’ll have you glued to your controller for hours in learning new techniques and upgrading your gear by taking on some rogue ronin, saving the innocent or helping your allies.

The music is another highlight of the game, which features a soundtrack full of taiko drums and shakuhachi flutes exquisitely crafted by Ilan Eshkeri and Shigeru Umebayashi that complements every scene of the game majestically.

Even after finishing the game, there is no way you won’t be returning to explore every corner of the map. Even though it’s quite a long game, its script and game play are one of the best ever made. It’s the samurai adventure gamers always wanted, especially if you dreamed of being part of the rich universe of the Kurosawa films, or taking on enemies like in the “Lone Wolf and Cub” series.