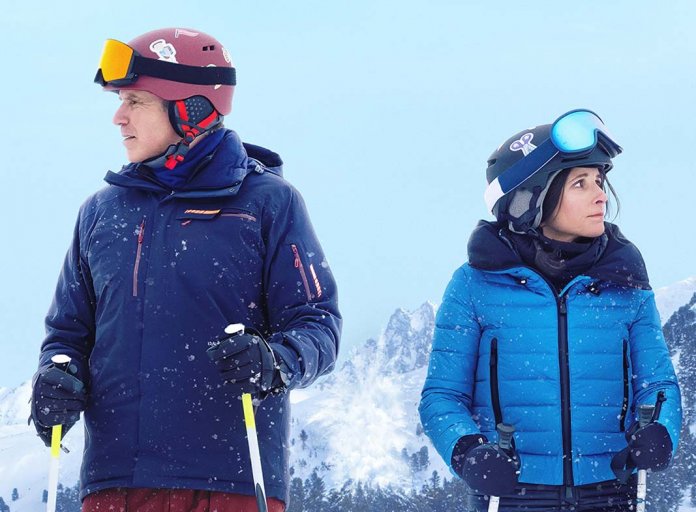 Thanks to 20th Century Fox and Disney we had the opportunity to see ‘Downhill’ before its national release. This is our review of the movie but, as usual, no matter what we say we still recommend you to go and see it at your local cinema because there is no better critic than yourself!

The story starts when American family Pete Stanton (Will Ferrell), Billie (Julia Louis-Dreyfus) and their two sons (Julian Grey and Ammon Ford) are enjoying a family holiday in an Austrian ski resort. Suddenly, their perfectly organised schedule is interrupted when a controlled avalanche goes wrong during a scenic lunch and Pete and Billie’s relationship is suddenly consumed by seething resentment. 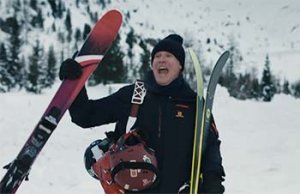 Based on 2014’s darkly hilarious Swedish cringe-comedy ‘Force Majeure’, this new American version has to live up to some high expectations thanks to its inspiration and top-drawer cast. This is aggravated by the marketing of the film emphasising comedy by showing the funny scenes instead of what it really is: a family drama.

Julia Louis-Dreyfus performs her role as the frustrated and enraged wife to perfection, but it’s always hard to take Will Ferrell seriously due to his comedic persona. And the way the story is told really doesn’t smooth the ride. ‘Downhill’ has a short running time (only 87 minutes) but feels much longer. There are some really funny moments but also too many silences and awkward pauses where where you just feel lost.

Overall, ‘Downhill’ is not an entirely bad film but it’s definitely not the type of comedy you think you’re going to see and mostly only gets by thanks to the talents of Will Ferrell and Julia Louis-Dreyfus.