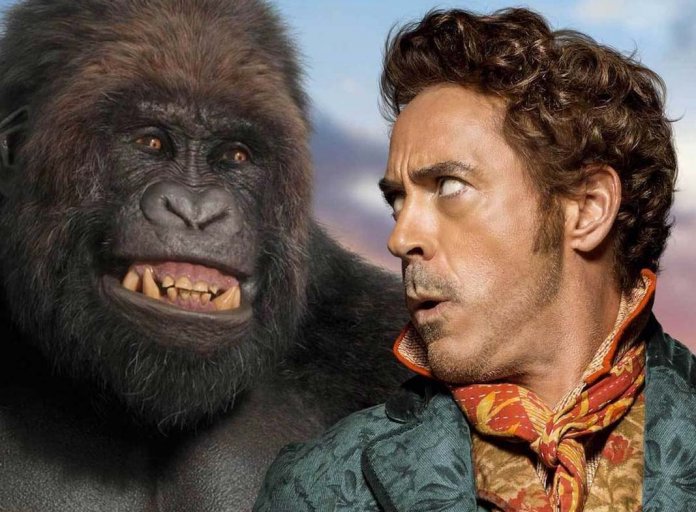 Dolittle is the latest attempt to put Hugo Lofting’s series of children’s books about a veterinarian who can speak with animals into moving picture form.

Doctor John Dolittle (Robert Downey Jr.) lives as a recluse with his animal friends after losing his beloved wife. When Queen Victoria falls ill, he embarks on a quest to find a cure, with his self-appointed apprentice, Tommy Stubbins (Harry Collett) and a group of misfit animals voiced by a cast of comedians. 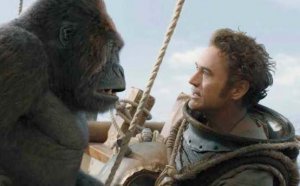 The film has plenty of talent, occasional charm and a certain visual splendour, but the over-reliance on pratfalls and lazy catchphrase gags of the “oh-no-you-di’n’t” variety (mostly delivered in jarring, inappropriate American accents) sinks the film. It’s not like it needed any padding, as the film’s pace is pretty relentless. It joins the recent crop of ramshackle releases that are clearly the product of many, many re-shoots and script changes resulting in a lack of setups and payoffs.

One of the real crimes of the film is that it’s an animal film with literally no animals in it – every creature is animated, unconvincingly. Animals are innately charming, but not if they’re from the Uncanny Valley. It also makes the mistake of giving every animal a human voice, robbing the film of its most obvious source of mirth by leaving it to the audience to fill in the conversational gaps when Dolittle speaks with them (think Han and Chewie). The animals are also just written as if they were humans, with comedian-friendly neuroticism as their main character attribute. Downey also affects an inexplicable, clearly overdubbed Welsh accent that shifts to English and Scottish at times, adding to the film’s over-cranked and disjointed quality.

All in all, you probably won’t enjoy the film much, but your kids might if they’re eleven or under.