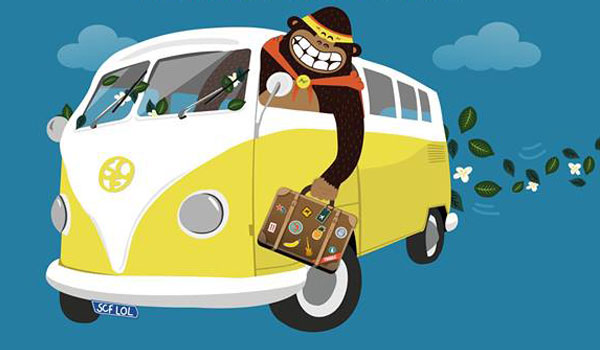 Mark the dates in the calendar! The city’s much loved comedy extravaganza, Sydney Comedy Festival, will return for its 13th year for four hilarious and huge weeks from 24th April to 21st May 2017.

Providing a sneak peak of what’s in store for the full 2017 program ahead of its announcement in February, an amazing raft of local and international comedic talent has been confirmed to take part in next year’s epic event.

For the perfect Christmas gift for comedy lovers, look no further than the Festival’s annual sold-out special events including Cracker Night at the Enmore Theatre, The Concourse and Riverside Theatres, as well as the spectacular Festival Gala at the Sydney Opera House.

Presented by Coopers Original Pale Ale and the Comedy Channel, the Sydney Comedy Festival will once again deliver side-splitting hilarity to a multitude of venues across greater Sydney, including the Enmore Theatre, the Factory Theatre, Riverside Theatres, the Comedy Store, Giant Dwarf, The Concourse, Sydney Town Hall and the Sydney Opera House.

Sydney Comedy Festival Director, Jorge Menidis said, “We are delighted to announce the return of the biggest comedy event on Sydney’s cultural calendar. The 13th Annual Sydney Comedy Festival promises to yet again deliver a festival of mirth that is bigger and better than ever before. Our first announcement packs a punch with big names, festival favourites and tantalising festival debuts and we look forward to revealing many more surprises in the months to come!“