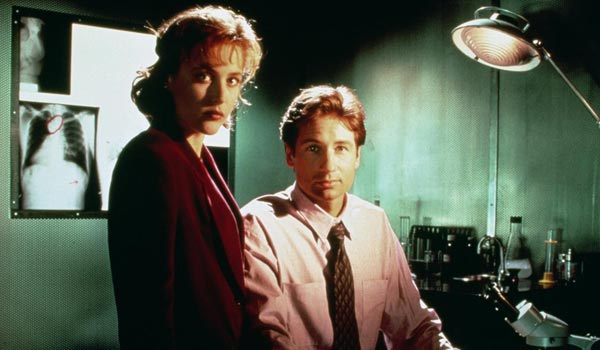 Nineties pop-culture phenomenon, The X-Files makes a thrilling return to Network Ten TV screens this January 31, picking up the story thirteen years after the original series wrapped. Every episode will be available to own on iTunes the following morning after broadcast for just $2.99* ensuring old fans and new don’t miss a moment of one of television’s most anticipated events for 2016. For even more value and convenience, purchase the Season Pass for only $15.99* and have each episode automatically delivered to your account as soon as it arrives to iTunes.

Winner of sixteen Emmy® and five Golden Globe® Awards, the momentous return of The X-Files welcomes back the much-loved original cast and crew, including David Duchovny and Gillian Anderson as television’s most renowned FBI Agents, Fox Mulder and Dana Scully; Mitch Pileggi as FBI Assistant Director, Walter Skinner and with acclaimed Creator and Executive Producer Chris Carter back behind the camera.

The first episode in the next mind-bending chapter of The X-Files sees Scully (Anderson) and Mulder (Duchovny) reunited to reopen the X-Files and take on a case of a possible alien abductee. The gripping series sees some of television’s biggest names feature, as the determined duo continue their plight to find answers into the unexplained.

Encompassing both stand-alone episodes and those that further the original show’s seminal mythology, Carter and his team have produced a series that ensures new viewers can get hooked on the story from this point, while old fans to the show will not be disappointed with where it picks up even reprising the roles of all the iconic characters including “Cigarette Smoking Man,” played by the original William B. Davis.

The X-Files originally premiered in September 1993. Over the course of its nine-season run, the influential series went from breakout sci-fi favorite to massive global hit, and became one of the most successful television dramas of all time, following FBI special agents Scully) and Mulder (Duchovny), as they investigate unexplained cases – “X-Files” – for which the only answers involve paranormal phenomena.

To catch up on the original, The X-Files Box Set, including all 9 Seasons and the two X-Files Movies, Fight The Future and I Want To Believe, is out now on DVD and Digital HD.