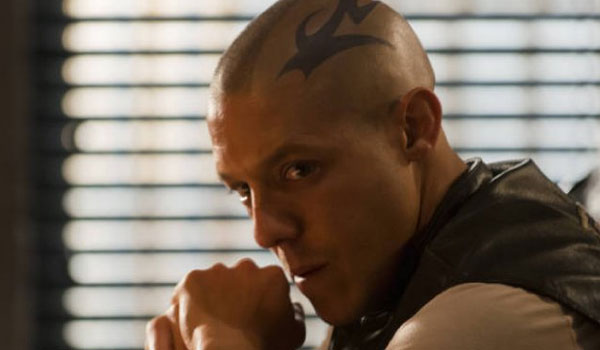 To celebrate the release of Sons of Anarchy The Final Season, 20th Century Fox Home Entertainment Australia provided us a set of generic Q&A interviews with the cast of the series. Check what Theo Rossi has to say about the show below.

Q: Last time we saw you on the show you were killing Eli and hiding evidence. So can you give us some context to the scene you just shot?

A: I’m like that one character that can’t ever speak and say anything about what I’m doing. Even to wearing hats and the first few episodes because things change so much. New tattoos. The way he looks different. Like I always say, I’ve been, and I’ll say this till I’m blue in the face. I think I’m one of the luckiest people. And I don’t believe in luck. But I think just my trajectory on this show has been absolutely incredible because my character has changed so many times and so much and has become this kind of wild card. You just don’t know what’s going to happen or where it’s going to go. Apparently it’s been pretty compelling for the audience. I can never thank Kirk and everybody enough because this season especially, and you guys just got a small little bit of taste of it, is insane. There’s always something going on that’s just kind of on that seesaw. Which if it goes this way it’s really bad and if goes this way it’s still pretty bad but. I don’t how it’s going to be. I think because it’s the final season Kurt is literally pulling out all the stops in every single way. I said the name of my biography is now going to be, the first part has to do with me and the roles I play. You know when you have to check the box, ‘other’? When you have to check what race or what nationality and you say, ‘other’. So it would be, ‘Other, Naked, and Crying.’ And that’s kind of what it’s been, naked and crying. That in itself was the end of one thing and the beginning of another is the way I could say it. That would be something ending that’s been going on for the first few and something that’s about to begin. That’s going to be chaos. The first episode is absolutely insane. Just know that the first episode is absolutely insane. The first shot of me is absolutely insane. That’s what I’ll say. You’ll see. The first time you see me.

Q: The first episode of every season has something that blows people’s minds.

A: This definitely has one of them. This is really heavy, heavy, and sets the tone for what is about to occur. I grew up in Stanton Island my whole life. In ’99 five of my best friends and I drove out eleven days. I remember maybe ½ of the eleven days. We were crazy and young. Slowly but surely things became the way they are and I’ve been lucky enough to be working in this business for the last 14 years. First year was crazy. We had $600.00 between us. And now one of them is my producing partner. We just finished our first film, TV Show and Development and another film starting preproduction in January. Two of them own the most successful and best restaurants in Los Angeles. Six and seven. I think they just opened their seventh on Saturday. And two are producers of reality shows. One is actually a cameraman now. He left producing to do cameraman on reality shows. He just loves and owns his own camera company. We literally had zero. So, when this show started to come full circle. Sandy hit Stanton Island and kind of destroyed a ton of it. I had been there during it and I just knew right then and there that I had to be back here. I had to live here. I always knew that eventually I’d get back to New York. I was really splitting time. I was renting an apartment in Manhattan and I was staying here in a house. Eventually I just said that’s it, I’m going to go back. We just shot our movie there. Our TV show that’s in development is set there. They are building a twenty million dollar stage right now. That will be done soon. Its obvious New York has amazing tax credits. The film business is really enormous there now, the film and television business. There is nothing like New York in the world. Like I always say it’s the capitol of the world and it’s for me. I believe that I’ve been lucky enough to be everywhere but it’s not just because I grew up there, I think it’s the greatest place. When I’m not here I’m there. It’s a cool change because I get to actually run motorcycle out here everyday. You cannot ride a motorcycle in Manhattan or Brooklyn or Stanton Island ‘cause they don’t care about you. They will take you out.

Q: Can you talk us through the last episode of season six and how intense that was?

A: To me there are certain memorable things that happen on the show. There are moments that occur and they change everything. Opie, his big moment. The Gemma rape in the beginning of season two is the moment I believe put us where we are now. That’s when everybody kind of opened the paper or went on line and went, ‘what show is that?’. I believe that that moment. So lucky to be a part of it. I love Maggie more than anything. It was one of those curt moments where something happens and it happens so fast that you kind of don’t even understand what’s going on. And Kim and I were lucky enough to. We did this thing, FX did, for the fans where if you win a contest you get to watch it in Vegas with us. It was the first time I’d gotten to see it besides doing sound work and stuff. So, we are in this big area with a couple hundred fans watching the finale. Before it everybody said, ‘Oh, you need to die. You betrayed Jaxs. You did this. You did that.’ The fans are so great but they are so invested. And Kim and I just sitting in the front watching it on these screens and when that moment occurs, that whole ending happens out of nowhere. The fork and the iron and the this and I come in and kill him and you think for a second I might kill Gemma and then you think… It’s happening all so fast and then obviously Jax is sitting there with his wife, which is one of the most heartbreaking things ever. You could hear a pin drop. We were just sitting there and people didn’t know what to do because they didn’t believe someone like Tara could leave the show. Especially that way, because now what does this do? And what it did and where we are at now, which is so funny, you have these two characters that have the biggest secret ever to exist in what we started in episode one. And those two characters are Gemma and I. Right. We have this bond or this secret now. And what that does to us and where it puts us is a whole story in itself. That’s kind of where we see everything. It’s really compelling stuff. And I’m honored to be part of it.

Q: What kind of motorcycle do you ride?

A: I ride a Dyna. A custom Dyna. It’s a Street Bob. It’s amazing. That’s my everyday bike. I have another one that was fully custom designed a couple of years ago.

Q: Which of your tattoos are real?

A: These are all the show. There’s another thing going on in the back that you guys can’t see. And these are all real. And there’s more in here.