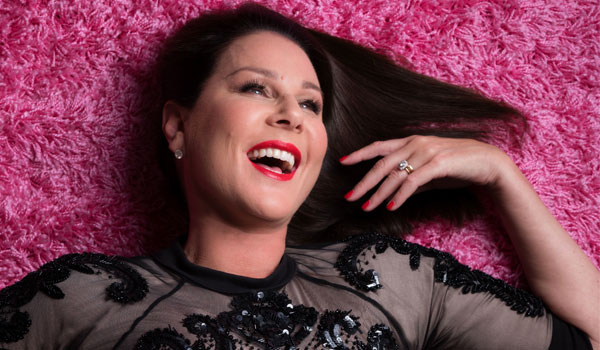 Following a jam-packed year on screen, multi-talented Australian comedian JULIA MORRIS returns to stand-up stages in 2017 in her brand new, one woman show, Lift and Separate.

Morris will take the show to Adelaide, Hobart, Canberra, Sydney, Perth, Melbourne, Darwin, Cairns and Brisbane during May and June of next year.

As a woman in her extreme 30’s, Julia’s brand new show will deliver her signature full tilt, high octane stand up storytelling, leading directly to what she calls “hurty tummy laughter”. A delicious and raucous romp through the last two years, Life and Separate, in true Morris form, comes replete with a dissension into general madness and the journey back home, all the while trying to make sense of day-to-day life while trying to actually, lift and separate.

Morris completely sold out her 2015 live show, I Don’t Want Your Honest Feedback, picking up her 2nd Helpmann Award nomination for Best Comedy Performer in the process. As comfortable on TV as she is on stage, the two-time Silver Logie nominee (2014 and 2015) portrays the much-adored Gemma in Nine’s  House Husbands, now heading into its fifth season. She’ll also commence filming on Season 3 of Network Ten’s I’m A Celebrity Get Me Out of Here! in Africa in the new year.

Tickets for all shows go on sale at 10am on Friday, December 2.