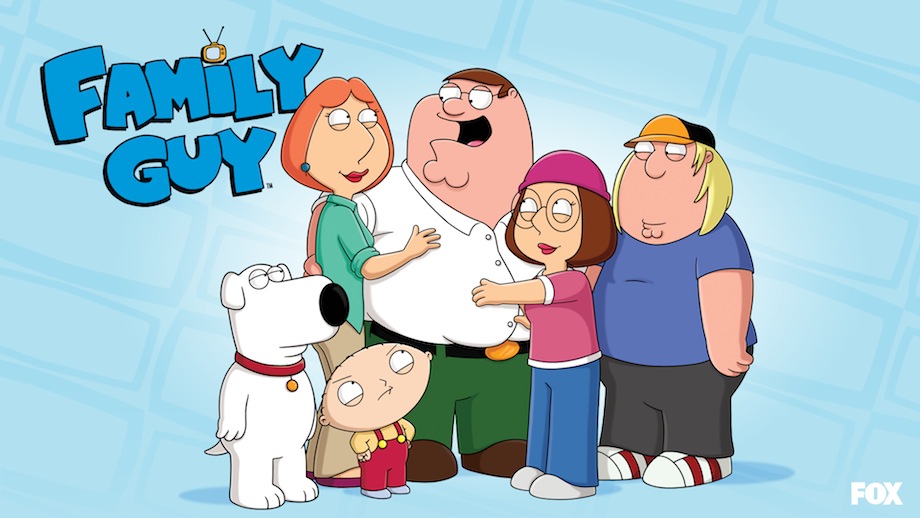 Thanks to 20th Century Fox we got to check out the Family Guy Season 13 DVD boxset following its recent release. For the superstitious, the number 13 is usually an unlucky one. Buildings have been built without a thirteenth floor to avoid any of the misfortune associated with the number and to promote good luck. Fortunately, when it comes to Family Guy, 13 is anything but an unlucky number.

The season starts with fan-favourite Into Fat Air that sees the Griffin’s pitted against the Fishmans, the family of Lois’ ex-boyfriend, who are the perfect embodiment of suburban America. The battle for supremacy finds them racing to the top of Mount Everest.

What ensues is the usual madcap hilarity that lingers over the Griffin’s every waking moment. A highlight of the episode is when the scene cuts to Jesus and God discussing naming Nepal with God originally wanting to call it Nipples as the peaks look like…well…nipples. From there the series flows nicely with each episode exploring a self-contained storyline that occasionally references previous episodes but for the most part is separate from the rest of the series.

A highlight of the set is certainly the 200th episode, ‘Yug Ylimaf’, in which Brian abuses Stewie’s time machine inverting the time process causing everything to run in reverse. The two must work together to set things right or else Stewie faces the unappealing prospect of going through the birth process and being ‘unborn’(stuffed back into Lois).

Each episode has been brilliantly written and exudes the crass humour and brash attitude to storytelling that has made it a worldwide sensation. The uncensored box set also allows the characters to be as crude as their creators intended, which may be a little off putting for fans of the toned-down-for-television version.

Spread over three discs, the series comprises of 22 episodes, with commentary on many and a host of additional extras including deleted scenes and features that take fans behind the scenes. The extras are a window into the minds of the creators and, while at times lengthy, give you much insight into the show. Included in the additional features is a film dedicated to the 200th episode, and how many of the writers and cast did not expect the show to last 200 episodes, let alone still be going strong. In the footage Alex Borstein, who provides the voice of Lois Griffin, details her plans gain weight in line with the number of shows that get produced. If the 200 so far are anything to go by, we look forward to her reaching her 500lb goal.

With season 13, Family Guy reached new heights of hilarity and once more pushes the boundaries of good taste way past breaking point – and we love it for this. And even after spending an entire weekend watching the series and all the extra’s, we can’t get enough of America’s most dysfunctional family and can’t wait for season 14!

Family Guy Season 13 is out now!