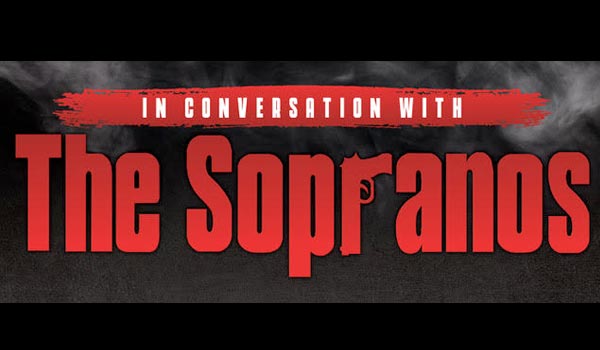 THE SOPRANOS was a hugely successful American crime drama TV Series whose premise revolved around a fictional New Jersey-based, Italian-American Mobster Tony Soprano. The TV Series portrayed the difficulties that he faced as he tried to balance his home life and his criminal organisation. These were often highlighted during his therapy sessions with his psychiatrist.

THE SOPRANOS featured family members, mafia colleagues, and rivals in prominent roles and story arcs. THE SOPRANOS was widely regarded as one of the greatest television series of all time, winning a multitude of awards, including Peabody Awards for its first two season, 21 Primetime Emmy Awards and five Golden Globe Awards. It became the subject of critical analysis, controversy and parody, and it has spawned books, a video game, soundtrack album and assorted merchandise. In 2013, the Writers Guild of America named THE SOPRANOS as the best written TV Series of all time, while TV Guide ranked it the best television series of all time. ABSTRACT ENTERTAINMENT is proud to announce In Conversation with THE CAST OF THE SOPRANOS in May 2019 featuring three of the most iconic cast members STEVEN SCHIRRIPA (Bobby ‘Bacala’ Baccalieri), MICHAEL IMPERIOLI (Christopher Moltisanti) and VINCENT PASTORE (‘Big Pussy’ Bonpensiero) taking audiences behind the scenes of the legendary TV Series – the stories, the dramas, the laughs – not to mention the countless theories about the controversial finale. Announcement Monday 13th August. Tickets On-Sale Tuesday 21st August.

In Conversation with THE CAST OF THE SOPRANOS Tour Dates