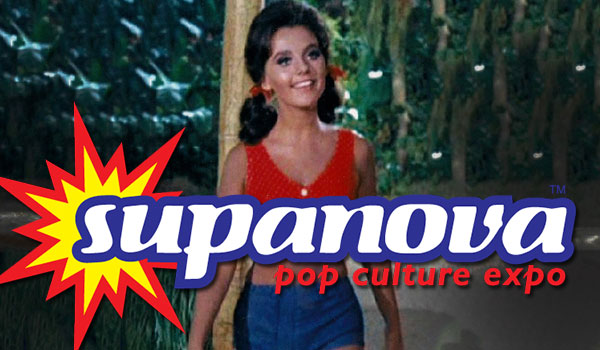 Tickets to Australia’s biggest and best celebration of pop culture, the Supanova Expo, are on sale from 4pm today through Moshtix for the first of 2016’s events, the Gold Coast (9-10 April) and Melbourne (16-17 April).

The ticket release coincides with news that Gilligan’s Island starlet Dawn Wells, and heart-throbs Eka Darville of Jessica Jones, and his The Originals co-star Daniel Sharman of Teen Wolf, will be appearing at the expo.

In addition, Supanova has also announced the following talent:

They join the guests already announced to appear in April, known for their work in film, television, animation and literature including:

But Supanova isn’t all just about its celebrity guests! There’s an assortment of family entertainment including musical performances, Q&A panels, creative master classes – including ‘how to’ tutorials from our very own Cosplay Ambassadors, wrestling, competitions and gaming tournaments, and enough shopping to make you drop!

Ticket options range from Day and Weekend Passes, all the way through to premium ticket options for the discerning fans whose experience can be magnified through specialty options such as the Gallifrey Gateway (Doctor Who/ Torchwood focused), Supa-Q (express) and the highly sought after, and very limited, VIP Supa-Star ticket. Supanova is accessible for everyone whether you’re attending on your own, with friends or family. It’s for the young and the young at heart alike.