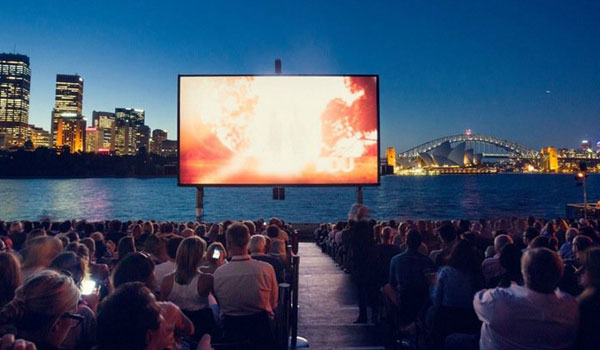 St.George OpenAir Cinema is delighted to announce its 2017 season will open with a special preview of the highly anticipated LION on Saturday 7 January.

From Emmy nominated Australian director Garth Davis in his feature film directorial debut, featuring an outstanding cast led by Dev Patel (Slumdog Millionaire), Nicole Kidman (Queen of the Desert), Rooney Mara (The Girl with the Dragon Tattoo) and David Wenham (Paper Planes), LION is based on the incredible true story of Saroo Brierley.

When just five years old, Saroo became separated from his older brother and wound up thousands of kilometres from home in Kolkata, before being adopted by an Australian couple. Twenty five years later, armed with only a handful of memories, his unwavering determination, and Google Earth, he set out to find his lost family and home. The result was amazing.

Acclaimed by critics and audiences at the Toronto Film Festival, LION is an absorbing and touching crowd pleaser, that’s just this week earned Nicole Kidman The Best Supporting Actress Award at the Hollywood Film Awards, and predicted favourite during the upcoming awards season.

The 2017 season will run from 7 January to 17 February at Mrs Macquaries Point, Sydney. The full program will be released on Monday December 5, with advance tickets on sale from 9am AEST on December 9 through Ticketmaster. A limited number of tickets will be available on the door for the general public to purchase every evening across the entire season.

Visit www.stgeorgeopenair.com.au for more information, and stay up to date with announcements by following St.George Open Air Cinema on Facebook and Instagram.

Tickets on sale from 12 December via the event website  www.stgeorgeopenair.com.au