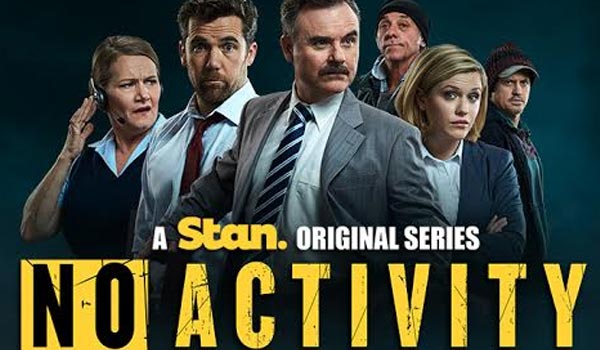 After making history as the first SVOD program to be nominated for a Logie Award, Australian comedy series NO ACTIVITY, returns to Stan on October 26th for a hilarious second season, with a new case to tackle ad new dysfunctional relationships to explore.

The cast, crew and VIP guest will walk the Blue Carpet Premiere tonight, October 25th to celebrate the release of the second season of the Stan Original series.

NO ACTIVITY is a unique and hilarious comedy that follows the nightly exploits of our boys and girls in blue, and their shady criminal counterparts, through an unfolding kidnapping investigation.

In season 2 the multiple Logie-nominated series, a wealthy, bickering couple (Rose Byrne and Damon Herriman) is taken hostage by two inexperienced kidnappers (Chum Ehelepola, Anthony Hayes), who nervously await further instructions. Meanwhile, Detectives Hendy and Stokes (Patrick Brammall, Darren Gilshenan) wait impatiently outside the missing couple’s empty mansion, while back in dispatch April and Carol (Harriet Dyer, Geneviere Morris) reach a crossroads in their relationship. When matters get out of hand for the crime syndicate, old hands Bruce and Jimmy (David Field, David Wyllie) are sent in to straighten things out, but they have issues on their own to deal with.