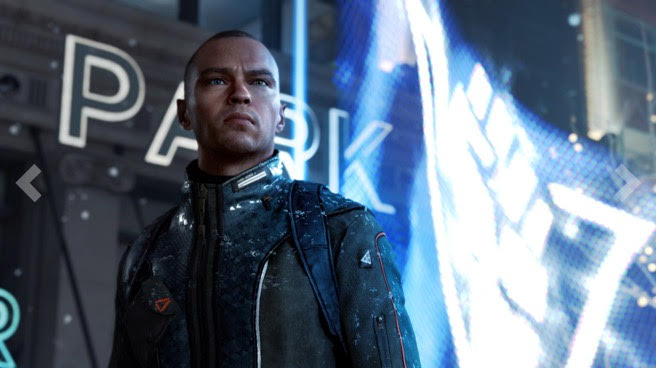 Sony Interactive Entertainment Australia is announcing the official release date for DETROIT: BECOME HUMAN. On the 25th of May, players will finally have the chance to get hands on Quantic Dream’s most ambitious title to date.
In a dystopian vision of the future, DETROIT is the story of three androids, three machines designed to obey who start to feel emotions. Confronted with a society where humans and androids maintain a fragile co-existence, each android will all have to decide who they want to be.
CONNOR is a prototype designed to help human investigators on cases involving androids; KARA becomes a fugitive by empathizing with a little girl, united in their dream of freedom; and MARKUS will become the leader of the android revolution.
Quantic Dream has imagined a new way of playing a story entirely based on direct game play. As the player, you’ll be able to control all three androids in turn, taking control of their destinies, and telling not only their individual stories, but also the story of their people and of their world.
DETROIT is a spectacular and unexpected journey of emotions, twists and turns, dangers and hope, in the most bending story Quantic Dream has ever created – where every choice matters.
Head to the PlayStation website and PlayStation Blog for more information.