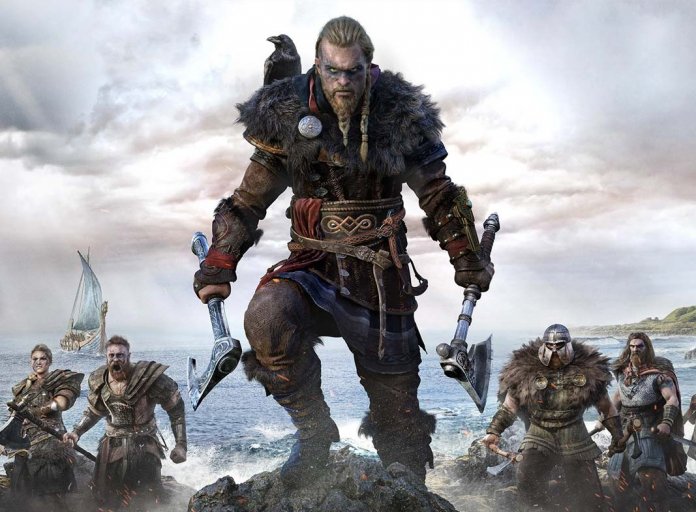 The world’s most exciting studios are gearing up to launch a barrage of exciting new video games in the coming months. Gamers have been tantalised with details of major launch titles for the PS5 and Xbox Series X, along with a number of eagerly anticipated PC games. These are the 10 upcoming video game releases currently drumming up the most excitement:

Fans of the Marvel Comic Universe will be able to take control of their favourite characters when this game is unveiled on September 4. It follows a unique storyline involving a disaster in San Francisco, which the Avengers are blamed for. The heroes skulk off into the shadows, but reassemble five years later after the world comes under threat. You will be able to play as Captain America, Thor, Iron Man, Black Widow, and Hulk. This game will be released on PC, Xbox One and PS4, but backwards compatibility will make playable on the new consoles due to hit shelves before the end of the year.

Fans have been looking forward to this futuristic open world game for several years. The hype went into overdrive after Hollywood superstar Keanu Reeves appeared on stage at E3 last year to promote the game. He will star as legendary Rockerboy Johnny Silverhand, a cyber ghost that appears inside the protagonist’s head. CD Projekt Red’s Cyberpunk 2077 will allow you to explore a dense metropolis called Night City and lock horns with a string of futuristic villains. It promises to be the biggest game of the year.

The latest off-road driving sim from Codemasters will take to iconic venues across the globe to engage in rally cross, ice raving, super stadium trucks and more. You can enjoy four-play split screen modes, while there is also a narrative-based career mode for hours of solo fun. This non-linear story puts the playable character against a rival driver voiced by Nolan North as they battle it out in a series of championships. It will be available on PC, PS4, PS5, Xbox One and Xbox Series X from October, while a Google Stadia version will be available next year.

This is the main launch title for the Xbox Series X when it goes on sale in “holiday 2020”. The Halo series has legions of hardcore fans and they will be champing at the bit to get their hands on this game. The pressure is on the developers to make it flawless, as it will be a major weapon for Microsoft in its attempts to get the better of Sony in the latest round of the console wars. Players will take control of the Master Chief as he struggles against the enemy on Halo ring. Fans will also be delighted to see the return of the split screen multiplayer mode.

The outrageously popular action RPG series delves into the Viking era for its latest release, which will be available as a launch title on both the Xbox Series X and PS5, along with PC. Players can assume the role of Eivor, a raider leading a clan from the icy Nordic plans down south to wage war against the Anglo Saxons. Eivor will become embroiled in the conflict between the Brotherhood of Assassins and the Templar Order. Fans are already giddy with excitement about the prospect of playing this game.

Marvel’s Spider-Man exceeded all expectations after hitting shelves in 2018, as it received rave reviews from critics and players alike. The new release will follow the exploits of Afro-Latino teenager Miles Morales, who takes up the mantle following the death of Peter Parker. He took centre stage in Spider-Man: Into the Spiderverse back in 2018, and the movie won the Academy Award for Best Animated Feature, so excitement will be high for his transition to video gaming. Insomniac Games has returned to create the game for Sony. It will be a PS5 exclusive.

A futuristic post-Brexit London will provide the backdrop for this upcoming action adventure game from Ubisoft. It has been designed as an open world title, and every single character will be playable. Watch Dogs: Legion was set for launch in March, but it has been delayed, causing the hype to reach a fever pitch.

This game will provide the dramatic conclusion to the World of Assassination trilogy and take players around the world in search of adventure. It starts with Agent 47 atop a skyscraper in Dubai and he will then head to Paris and various other cities to unleash his personal brand of justice. The game will be released in January 2021, available on PS4, PS5, Xbox One, Xbox Series X and PC. The cinematic trailer from IO Interactive looks stunning.

The battle royale genre is thriving right now. Fortnite is a cultural phenomenon, while the likes of PUBG and Apex Legends are also among the most popular games at sites like Unikrn, which provides news and features, offers betting on esports and allows you to play games for money. The next big battle royale contender could well be Valhall, which will see the 50 survivors of Odin’s army fight to the death in an effort to reclaim his sword and stave off Ragnarok, with the map crumbling away as the action develops. It should push the genre in an interesting new direction.

The latest release in the enduringly popular Resident Evil series will pick up the action a few years after the gruesome events of Resident Evil 7: Biohazard. Fans of the survival horror games will be pleased to take charge of Ethan once again as he battles for survival against legions of undead foes. It also features an appearance from Chris Redfield, who sets off a chain of events that leads Ethan to hunt down the mysterious titular village. Fans were excited to see a ferocious werewolf in the trailer, suggesting a new type of foe for the hero to grapple with.