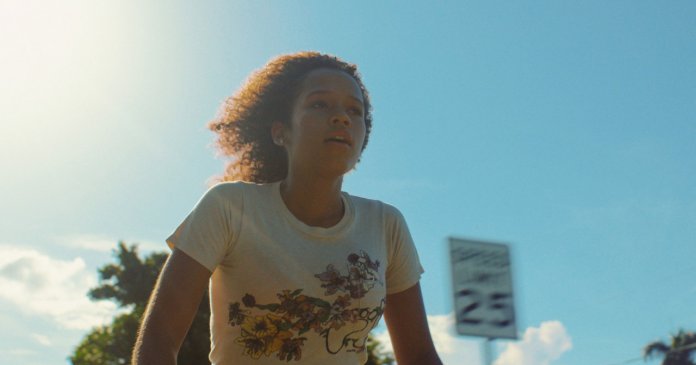 The Spotlight Report is back, after a highly anticipated return to the silver screens!

Thanks to NBC Universal we had the chance to see ‘Waves’ before its national release. This is our review of the movie, but as usual, no matter what we say, we still recommend you to go and see it at your local cinema (which are back open) because there is no better critic than yourself!

Waves is the third feature film directed by acclaimed indie director Trey Edward Shults, most well know for his 2017 feature It Comes at Night. 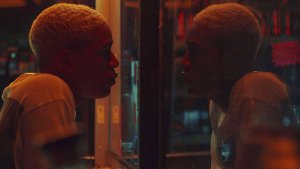 Waves centers on the Williams family, an affluent African American family living in South Florida. The story focuses on the lives of the siblings Tyler (Kelvin Harrison Jr) and Emily (Taylor Russell). Tyler, a popular jock struggles with the expectations put on him by his father and the unhealthy pressures of his high school sports and personal relationship. Emily, the withdrawn younger sister battles to overcome her own traumas and finds connection with Luke (Lucas Hedges) a senior with his own family issues.

The film is as much a coming of age story as an examination of family trauma and the struggles of navigating familial expectations and hardships. The film is over two hours long which gives the audience a chance to become immersed in the tangled web of the family’s life.

Waves is a modern twist on the family drama genre. Half way through the film the tone shifts and the audience is put on the edge of their seat through the unpredictable twists and turns. The vibrant soundtrack features songs from Frank Ocean, Kanye West, Tame Impala and Radiohead and adds to the film’s contemporary feel. 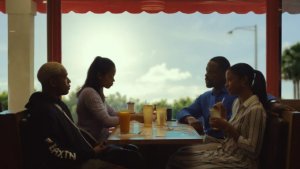 Shults’ filmmaking is confident and distinct in its style and tone.  His films rely on exquisite camera work that utilise beautiful settings, colourful visuals, minimalistic dialogue and long takes. After researching Shults it was found that he worked on three of Terence Malik’s features. The film’s direction and style has hints of Malick and his influence is evident in Shults’ work.

Waves is a powerhouse of a film and one of the best features of 2020. The films exceptional acting, confident directing and enthralling plot will stay with viewers for days to come.