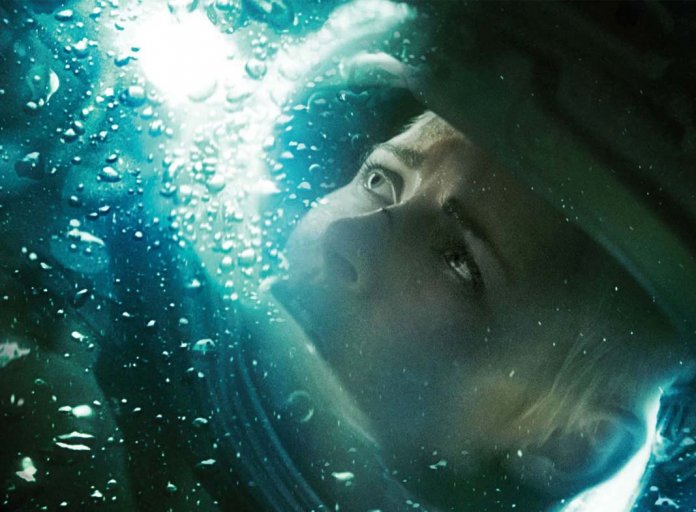 Underwater features Kristen Stewart as Norah, a worker on a deep-sea submarine drilling rig, having a very, very bad day.

When the rig starts to collapse and implode, she and a group of other survivors played by Vincent Cassel, TJ Miller, Jessica Henwick, Mamadou Athie and John Gallagher Jr. must make their way across the seabed to safety in a nearby facility. What they encounter is more than a simple structural failure, and they have to fight a mysterious foe to survive. 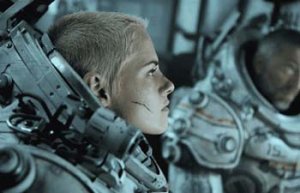 Underwater‘s script is weak but the cast do their best with the thin characterisation on offer and director William Eubank keeps the tension going better than one could hope for. There are multiple scenes pinched wholesale from all sorts of films, including Gravity, Alien, and The Abyss, but the action’s involving enough that the plagiarism isn’t too distracting. The production design makes the most of a middling budget, and when the screen isn’t dark and sludgy from mud kicked up from ocean floor, it actually looks pretty good. It’d have been nice to pull back to see more of the facility, as the up-close, murky camerawork gets a little monotonous after a while. The creature design is decent, and any fan of the Cthulhu mythos is likely to enjoy the final monster reveal.

This is an effective little horror film from the director of 2011’s Love. Both films share a claustrophobic atmosphere, trapped protagonists, shameless derivativeness and disappointing endings. If you enjoy horror movies, you can do a lot worse. Let’s hope Eubank takes his obvious and admirable skills in a more original direction soon.