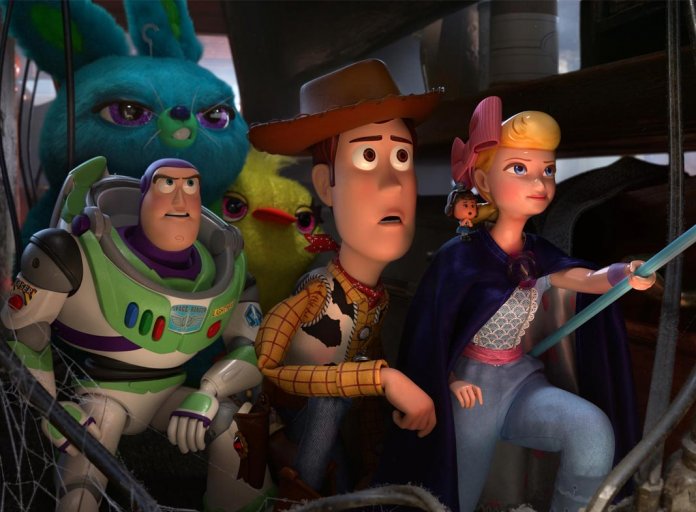 Thanks to Walt Disney Studios Australia we had the chance to see the highly anticipated animated film ‘Toy Story 4’ before its national release. This is our review of the movie, but as usual, no matter what we say, we still recommend you to go and see it at your local cinema because there is no better critic than yourself!

Directed by Josh Cooley (who makes his directorial debut with this film), the fourth installment of the beloved Toy Story franchise takes our beloved toys on their first road trip ever with their new kid, Bonnie (Madeleine McGraw) and her parents in a caravan before she starts kindergarten. However, right before the trip, during the orientation day, Woody (Tom Hanks) sneaks into Bonnie’s backpack to look after her, just to find out she was sad, lonely and struggling to make friends. With the help of some materials Woody picks from the trash, including a spork, she makes her own toy, named Forky (Tony Hale) who instantly becomes Bonnie’s favourite. 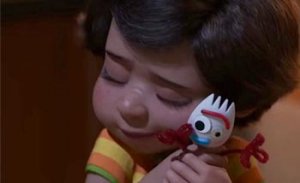 Everything is complicated during the trip when Forky tries to escape and it’s up to Woody to rescue him. He never expects that during his quest he will once again cross paths with his lost love, Bo Peep (Annie Potts), who has been living as a lost toy for years.

When ‘Toy Story 4’ was announced, it raised the alarms for every fan of the saga, especially after the flawless ending of Toy Story 3, with Andy passing on his toys to a new child before going to college, making it a perfect finale for one of the best animated trilogies in cinematic history. Add to that, many production issues causing delays, and even writer changes… things were really not looking good for number four.

Despite all this, ‘Toy Story 4’ is yet another cinematic triumph, and one of the best comebacks we’ve ever seen. It’s hilarious and fast-paced but, most of all, it’s full of heart. The film focuses on Woody’s journey, and him accepting his own fate, going beyond his role of being a simple toy for his kid, even if that means putting his own existence in jeopardy. The film has a more mature edge, but is still full of magic and comedy, especially thanks to the new characters. Unlike many blockbusters out there, the new characters serve a purpose in the story and are not there just for decoration or forced comedy relief. 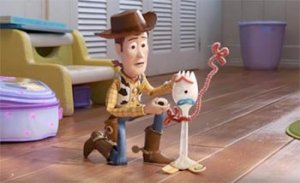 New characters like Tony Hale‘s Forky, Keanu Reeves‘ Canadian stuntman Duke Caboom and Keegan-Michael Key and Jordan Peele’s crazy plush toys Ducky and Bunny are set to become new fan favourites. Especially Forky, as despite his odd appearance captures the inner child of everyone because everyone has created their own character at least once. This is one of the major strengths of the saga: Everyone, no matter their age, can relate to what is going on screen.

‘Toy Story 4’ also takes a huge leap of faith, by spending a lot of screen time away the main characters and, with the exception of Woody and Buzz (Tim Allen), spends most of the time with the new additions, a formula that really works mostly because of the rich storytelling and, of course, the stunning Pixar animation.

Overall, ‘Toy Story 4’ is another tour-de-force animated film by Disney-Pixar, and despite running for almost 100 min, no kid or adult will stop smiling, laughing and following the journey of cinema’s most beloved toys. It also has an finale that is set to become the perfect ending to one of the most brilliant animated sagas in history. Take a pack of tissues, especially if you are an adult, as ‘Toy Story 4’ will awake your inner child one more time, and will almost certainly move you to tears.