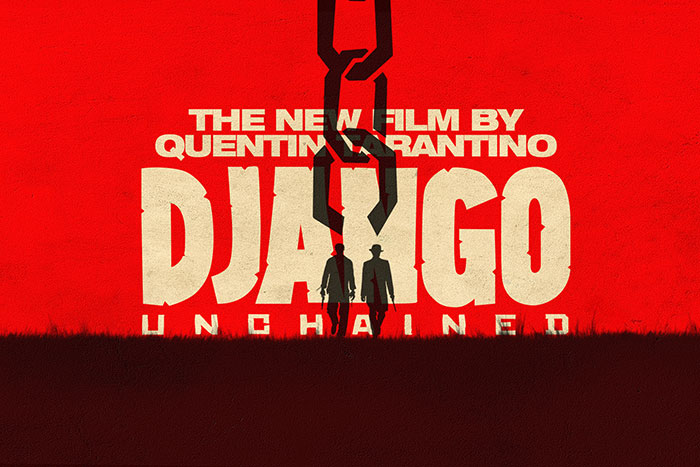 Thanks to Sony Pictures Australia, we had the chance to see Quentin Tarantino’s Django Unchained before its Australian cinematic release. This is our review of the film – but as usual – no matter what we say; we recommend that you still go to your local cinema and see the film because: There is no better critic than yourself! Django Unchained tells the story of Django (Jamie Foxx), a slave rescued by the charismatic Dr. King Schultz (Christoph Waltz) who became his mentor and transformed him into a top bounty hunter in town. They embarked on a journey to hunt down a group of racist criminals who took away Django’s beloved wife Broomhilda (Kerry Washington).

After all their targets are hit, Schultz helps Django to find and rescue his wife held captive by a vicious plantation owner, Calvin Candie (Leonardo DiCaprio) who seems impossible to break down thanks to his loyal, Afro-American servant Stephen (Samuel L. Jackson). In the line of Inglorious Basterds (2009) away from his involvement in Takashi Miike‘s Sukiyaki Western Django (2007), Quentin Tarantino is back with a highly anticipated film (in our view flawless!) in his original style, adapting wonderfully to the wild west theme such as gun action, dry humor, fantastic costumes, all-star cast, beautiful cinematography which mixes the old and the new look and of course his signature Kill Bill kind of gore. Django Unchained is a perfect example where actors are in the spotlight, especially Jamie Foxx as the lead character and the always sensational Christoph Waltz who steals the scene every time he is on screen (We won’t be surprised if he wins an Oscar for this role)

Leonardo DiCaprio is simply a perfect fit for Calvin Candie, proving his maturity as an actor over the years. This is elevated by the funny Samuel L. Jackson who brings back his typical afro-american jokes and sardonic quotes, reminding us of his performance in Tarantino’s Pulp Fiction (1994) and Jackie Brown (1997). For this reason, Django Unchained could be Tarantino’s most controversial film yet as it spouts off more ‘N’ words than his previous works because the history of slavery is sensitive for many. But bear in mind, this is a Tarantino film so expect nothing

We don’t want to give anymore away but we can tell you that Django Unchained is another Tarantino masterpiece buzzing with award nominations as it ticks every box that makes this director a Hollywood icon and one of the most unique filmmakers in the world.

Django Unchained opens in Australian cinemas on 24 January, 2013. A MUST SEE!