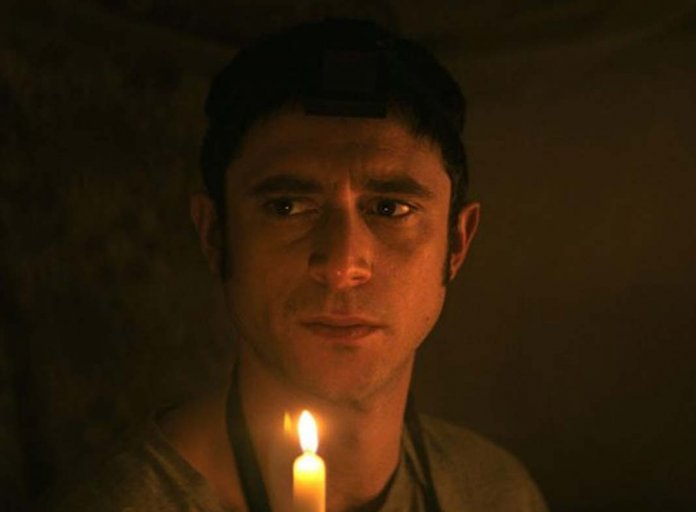 The Vigil is Keith Thomas‘s directorial debut, and is something of a novelty in that it uses Jewish mythology as the basis for a horror film.

Yakov (Dave Davis) is a recent escapee from the Hasidic community living in New York. With partner, no money, no skills and a traumatic past, out of desperation he decides to take on a job as a shomer, sitting with the body of a recently deceased member of the community until dawn when the coroners can come and pick it up. What he doesn’t realise is that the house has other inhabitants that he’ll have to survive. 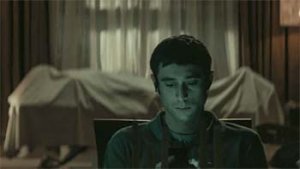 When Mrs Litvak (Lynn Cohen), the widow of the dead man, seemingly suffering from severe dementia, tells Yakov about a demonic mazzik haunting her husband, Yakov has to confront not only his abandoned beliefs, but also an incident he’d much rather forget.

Very similar in theme to The Babadook, this is a creepy film about a person with a deep grief being menaced by a supernatural entity that wants to consume them. But, where The Babadook had a fair amount of story to it, this film is more of a straightforward haunted-house horror. By keeping the house almost pitch dark, and using a dramatic electronic score to increase the dread, with jump-scares aplenty, this isn’t the most exciting or original horror in terms of technique. It occasionally feels padded out, and suffers from that feeling of repetitiveness that having too few ideas lends to a film.

Where it does succeed is depicting unique cultural perspectives, both in its choice of monster, but also by telling Yakov’s – and the deceased Mr Litvak’s – stories of persecution, alienation and loneliness. The scene where Yakov prepares to fight the mazzik makes use of Jewish prayer ritual in a way that recalls strapping on armour for a battle, and looks genuinely cool. This specificity elevates the film from its hoary genre trappings into something that’s actually worth seeing – if only slightly. I would genuinely like to see more of this world.

If you just enjoy horror films, and want something that’s a little more thoughtful than most, give The Vigil a try.