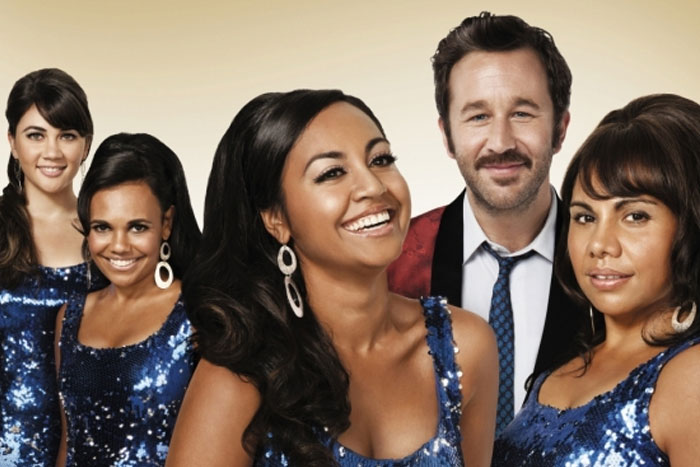 The screening of The Sapphires will be followed by a special live performance by Jessica Mauboy, who will sing several songs from the soundtrack to the movie, which will hit stores on July 27.

The Sapphires is an inspirational tale set in the heady days of the late ‘60s about a quartet of young, talented singers from a remote Aboriginal mission, discovered and guided by a kind-hearted, soul-loving manager. Plucked from obscurity, the four spirited women with powerhouse voices – called The Sapphires – are given the opportunity to entertain American troops in Vietnam. Catapulted onto the world stage as Australia’s answer to the Supremes, their journey of discovery offers them not only the chance to show off their musical skills, but find love and togetherness, experience loss and grow as women.

The Sapphires is an adaptation of the hugely successful Australian stage musical of the same name, and is inspired by the remarkable true story of writer Tony Briggs’ mother and three aunts. The four Sapphires are joyfully played by AFI Award winner Deborah Mailman, Australian pop sensation Jessica Mauboy and newcomers Miranda Tapsell and Shair Sebbens. Bridesmaids actor Chris O’Dowd delivers a tour de force comic performance as their manager, that is at once incredibly funny, likeable and genuine.

Sony Music will release the irresistible soundtrack to The Sapphires on July 27.  The soundtrack includes all the songs as featured in the film including some of the biggest hits of the 60’s performed by the original artists; Soul Man & Hold On! I’m A Comin’ by Sam & Dave and Run Through The Jungle by Creedence Clearwater Revival.

Plus Jessica Mauboy lends her incredible vocals to many of the tracks including soul classics such as What A Man, I Can’t Help Myself (Sugar Pie Honey Bunch), Land of 1000 Dances and Who’s Loving You and the catchy first single, Gotcha, an original song penned (with Louis Schrool and Ilan Kidron from the Potbelleez) for the film, which draws its inspiration from the sounds of the 60’s.