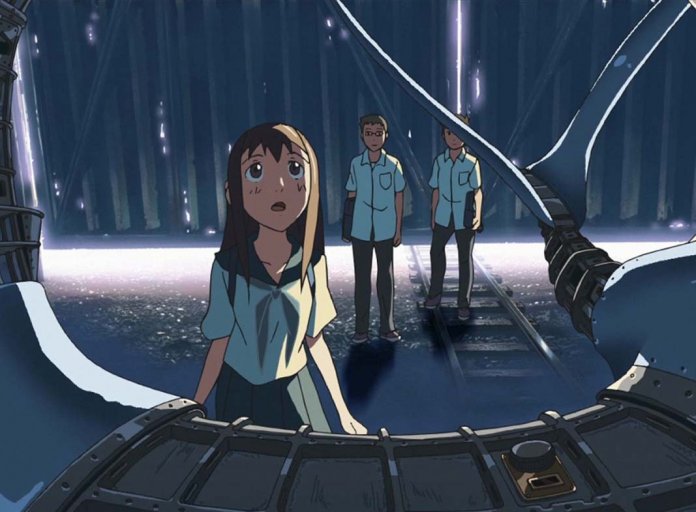 Thanks to Madman we watched Makoto Shinkai’s ‘The Place Promised in Our Early Days’ ( 雲のむこう、約束の場所) in Blu-ray.

The film is set in an alternative post-war universe with Japan divided into North, controlled by the “Union”, and South, controlled by the United States. In the middle of everything there’s a mysterious high tower whose origin and function is beyond comprehension. The story begins when three young high school students decide to build a plane to cross the border and discover the secrets of the tower. 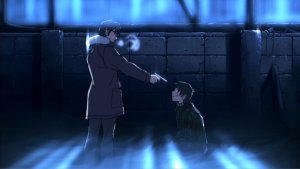 ‘The Place Promised in Our Early Days’ is slow, confusing and quite frustrating, as it dedicates most of its resources to generating curiosity about the “mysterious tower” that is apparently capable of destroying the world. This still ends up feeling more like a secondary plot, as so many other things happen, including alternate universes, the disappearance of one main character and a declaration of war that we never really see.

Despite the colorful animation, the beautiful soundtrack and the promising artwork, ‘The Place Promised in Our Early Days‘ fails to deliver an engaging tale. Sadly, the film is a perfect example of how great animation does not make a good anime.

‘The Place Promised in Our Early Days’ is out now from Madman. Get your copy here.