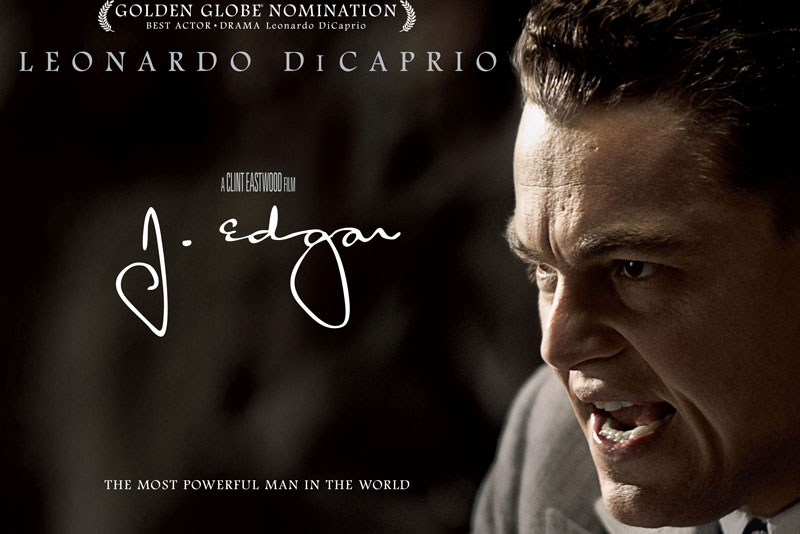 Thanks to Roadshow Films, we had the chance to see ‘J. Edgar’ before its Australian cinematic release. This is our review of the film – but as usual – no matter what we say, we recommend that you still go to your local cinema and see the film because: There is no better critic than yourself!

Directed by Clint Eastwood, J. Edgar tells the story of the legendary man who founded and headed the FBI for almost 50 years. In the format of recounting his life to a clerk for biography purposes, J Edgar recalls moments from his professional, public and private facets which defines his existence.  Hired to work for the Justice Department upon graduating from law degrees at George Washington University, he was soon promoted to head the Enemy Aliens Registration Section, the new General Intelligence Division, the Bureau of Investigation and eventually as the Director of FBI.  Throughout his long and controversial tenure in office, he is credited with building the FBI into a large, efficient crime-fighting agency, using modern technologies such as fingerprint file and forensic laboratories.

Played fluidly by the ever-trustworthy Leonardo DiCaprio, we are somewhat reminded of a similar role he undertook for The Aviator in this film, giving an equally powerful performance to an iconic figure in American history who had personal demons to overcome. Perhaps this is why we feel this J. Edgar role is no big breakthrough for Leo as he had already mastered such art early on in his career. Rivalling for attention however, is the supporting cast of: Judi Dench as Edgar’s mum, a classic over-powering matriarch of the house, directing and guiding her son in every aspect of his life, including his sexuality; Naomi Watts as Edgar’s personal assistant Ms Gandy who worked for him til his death; and Armie Hammer as Edgar’s lifelong associate (Deputy of FBI), confidant and speculated gay lover.

Though the film is a loyal reflection of Edgar’s life and tries to incorporate as much historical data as possible, it can at times, become information-overload as the heavy use of political terminology and contents is mind-numbing and not exactly viewer friendly. The only relief one finds is when Edgar’s personal life (sexuality) is examined which respectfully, should not be materials for entertainment.  But Leonardo does what Leonardo does best, delivering fragility in a character obscured by their celebrity status, making you feel that J. Edgar – ‘the most powerful man in the world’ – is also easily the most insecure boy at heart, subject to his mother’s, his colleagues’ and his partner’s approval. You will realise that this man conducts business, forms relations and battles issues all around ‘trust’.

Make-up wise, we really can’t praise the result of Edgar’s old age look as you can still see Leo’s real age amidst all that wrinkly façade, made even worse by Leo’s youthful voice. This poor planning is so obvious if you cast boyish like actors such as Leo who can pull off ‘mummy’s boy’ effortlessly yet require more work to appear as an aging adult aesthetically. Consequently, a particularly awkward scene in the movie is when Edgar’s mum teaches her supposedly 40 year old son how to dance with a woman, who stiff as a board, still managed to look like the fresh-faced ‘Jack’ in his Titanic days.

Truth be told, we’re not really sure of our overall opinion of this movie as it starts off weak (and dare we say it, boring!) and becomes gripping in the last 30 minutes of the film. All the loose snippets of the past, though arranged in chronological order, nevertheless lack coherency and direction, which when we begin to make sense of it (so much so that we didn’t even register any music), the story is about to end. We must say that we expected something better from Clint Eastwood but it is still a faithful document of one man’s rise to the top and his lifelong work and dedication to his profession.

J. Edgar is now showing only in cinemas