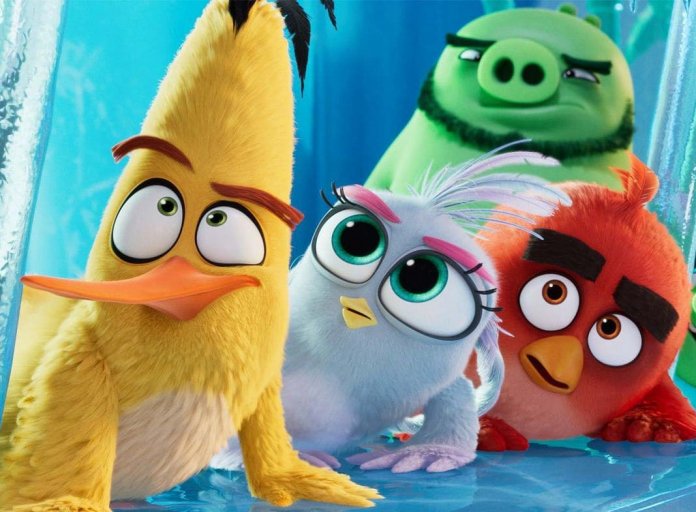 Thanks to Sony Pictures Releasing we had the chance to see ‘The Angry Birds Movie 2’ before its national release. This is our review of the movie, but as usual, no matter what we say, we still recommend you to go and see it at your local cinema because there is no better critic than yourself!

When the newly-discovered ice-cold Falcon Island’s leader, Zeta (Leslie Jones), begins to attack its neighbors with ice bombs, the birds’ island hero Red (Jason Sudeikis) and his mates Chuck (Josh Gad), Bomb (Danny McBride), Mighty Eagle (Peter Dinklage) and new recruit Silver (Rachel Bloom) are forced to team-up with their arch-enemies, the pigs. Together they work to protect their home by sneaking onto Falcon Island to destroy their powerful volcanic weapon. 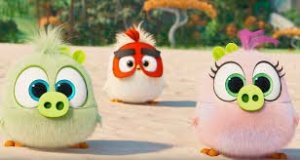 Despite the mixed reviews received by the first film and, against all odds, The Angry Birds have returned to the big screen. Unfortunately, even with an all-star voice cast and new characters the final product shows no signs of improvement. The film just lacks the charm animated films should have, with bland, annoying and very unnecessary secondary characters, repetitive jokes (seriously: how many times do we have to see the Mime Bird screaming “oh my god” on screen?) and references to celebrities that probably no under 10 year-olds (assuming this is the target audience) would know. The film is also rife with pig-butt and snot jokes, which might make the little ones laugh, but not their suffering adult guardians.

The film also tries to copy the Ice Age franchise, by shamelessly presenting the same basic adventure (Similar to Scratch seeking for nuts) involving a trio of adorable hatchlings, attempting to save their three sister eggs. Sadly, this plagiarism becomes the most enjoyable part of a movie that should have been a straight to disc or streaming, and provides the film’s very few laughs, with many of the kids in our screening’s cinema falling asleep or simply playing around wanting to go home.