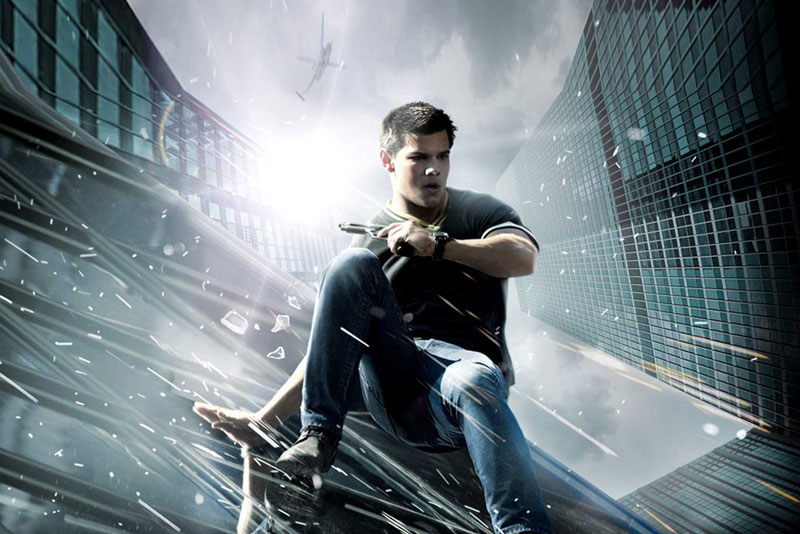 Thanks to Roadshow films we had the chance to see Director John Singleton’s ‘Abduction’ before its Australian cinematic release. This is our review of the film – but as usual – no matter what we say; we recommend that you still go to your local cinema and see the film because: There is no better critic than yourself!

Abduction is an action-thriller starring Twilight’s werewolf Taylor Lautner. The story centers in Nathan (Lautner), a teenager that accidentally  uncovers the truth about his past after finding his photo in a missing persons’ site on the internet and finding out that his parents are not who said they are.  After that, a chain of events make him run from the police, the CIA and even a team of bad guys. In this adventure he is not alone, because his lifetime friend, neighbor and love interest Karen (Lily Collins) goes with him.

The couple will find some allies on their way to discover Nathan’s real identity that will lead him to his elusive father. Nathan is helped by his psychiatrist Dr. Bennett (Sigourney Weaver) who was assigned to take care of him as well as Nathan’s adoptive parents. On the other hand, CIA officer Burton (Alfred Molina) and a team of foreign assassins are also trying to get something from him. Nathan possesses without knowing a list of 25 names that was in his father’s hands.

The film is entertaining but cliché in every single way. The action sequences are like bad copies of old classics like Terminator or Die Hard that only keeps you interested because they are full of awful lines thanks to a terrible script. The lines are so bad that makes you laugh loud several times.

Not even Alfred Molina or Sigourney Weaver can compensate the poor performance of heartthrob Taylor Lautner as bad-ass action hero. Do you remember Joey’s action faces in the TV series Friends? Well…this is something like that! His tough-guy expressions are as bad as watching him crying in the movie. At least we can say for all the Twilight fans that he is shirtless twice and have a hot scene with Lily Collins that you might enjoy.

Perhaps, the only way to enjoy this film is thinking on it as a parody of old action classics. However, we really appreciate the attempt made by John Singleton to give a different role to Taylor Lautner to overwrite his role as Jacob in the Twilight series. However, maybe this wasn’t the appropriate role for him and hopefully he will score a better role in future.

If you want to give this action-thriller a chance,  go and check it at your local cinema.

Abduction opens in cinemas this September 22.