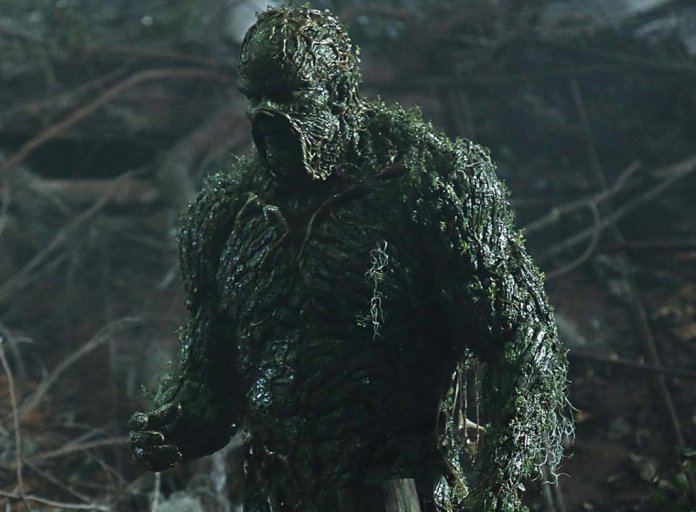 DC Universe is Warner Bros.’ answer to Netflix, using its built-in content library of all of its DC Comics properties. However, the latest original series on the app, Swamp Thing, based on a DC comics superhero, has been inexplicably canceled after only its pilot had aired. We attempt to look into why and what prompted the cancellation of the series, in this strange and unusual way.

The DC Universe app was launched on September 15, 2018, and has offered every DC-based animated show, movie, series and ancillary content in one easy to stream place for its subscribers. On top of which, they have also created original content such as Young Justice, Titans, Doom Patrol and now, Swamp Thing. All of which have received widespread critical acclaimed for offering something different.

During the making of Swamp Thing, its expensive set and production was rumoured to be beyond what was planned.

Many rumors circulated about the production budget of Swamp Thing being too expensive. The first season was originally set to be 13 episodes long but was slashed to 10 episodes mid-production, causing writers to scramble to end the series early.

While being too expensive is the standard reason for any show to be canceled, the claims seem to be news to the cast and makers of the series. The rumor also feels unsubstantiated when remembering that if a show is canceled for budgetary reasons, the network usually makes that determination after seeing how the Season performs critically, when deciding if they want to renew the show or not. Shows are rarely, if ever, cancelled after the first episode airs.

Another reason for the cancellation of Swamp Thing could be due to the amount of grant money that the production received from North Carolina, the state in which it was shooting.

There are reports of an apparent error in the paperwork that provided the show with less of its production budget than anticipated through a State grant. However, these reasons have already been refuted by entertainment journalists, who have looked into the show’s exact budget and deemed it exactly what WB and DC planned.

The refusal is further backed up by the Mayor of North Carolina who has explicitly stated that the production was not the reason for cancellation. A filing error also seems like an incredibly amateur mistake that results in the cancellation of an original series by a major studio like Warner Brothers, almost to the point of being unbelievable.

Whenever a show is cancelled, the conventional reason of ‘creative differences’ is usually cited by all parties involved, as may have been the case with Swamp Thing.

Producer James Wan, having already worked with DC and WB on the massive hit Aquaman, reportedly wanted only a limited mini-series for Swamp Thing and not a full-blown season. However, the studio allegedly increased the order to 13 episodes. But even the subsequent cutting down of the series from 13 to 10 is by the studio themselves, casting doubt on that version of events.

There has also been further debate regarding the tone and style of Swamp Thing, with Wan pushing the series to be more horror-set and scary, the studio seemingly pushed for a more family-friendly tone. The adult tones of the show could have had bigger issues for the studio than originally anticipated.

Swamp Thing’s demise could also be due to its tone and source material that the show is based on.

While most of DC Universe original shows have been pretty adult themed, such as Doom Patrol and Titans, Swamp Thing was set to be crossing over that line even more with its horror themes and graphic content. This may not be in keeping with WB’s family-friendly image, possibly deciding that the show is the straw that broke the camel’s back.

These contrary decisions could also be impacted by WB’s recent change in the corporate structure.

Swamp Thing could also have fallen victim to a corporate merger taking place, as the hierarchy within Warner Bros. changes through their merger with AT&T.

Changing of the guards has often been the cause of many projects, both film and television getting axed, or turning out to be of poor quality. Similar reasons were given for the poor commercial reception of Justice League, as rumors circulated about the exit packages of the company’s management if the film’s release was pushed back due to re-shoots.

Similar things could be at play with Swamp Thing, with the merger completed, the new management could have different plans for the show.

One of the biggest, and seemingly most legitimate reasons for canceling Swamp Thing could be tied in with the future of the DC Universe app itself.

It’s been long reported that WB is creating its own app, to curate all of its films, shows, and content into one streaming service to rival that of Netflix. Logistically, it makes no sense for one of their most successful brands, DC Comics, to be split into a separate app. Instead, it’s more beneficial for the upcoming WB app to absorb all DC content as well into one platform, such as the upcoming Disney+ streaming service.

Will We Ever Know

The manner in which Swamp Thing was canceled is extremely unusual and unprecedented for any major production company or network. This further fuels the rumors and speculations about the reasons behind the cancellation.

Most cancellation announcements come after a series has been released in its entirety, after gauging critical and fan reaction. For Swamp Thing to be canceled without any of those considerations seems odd and out of place. While the industry rallies to rebound from this, as well as trying to ascertain what this means for the future of DC Universe, fans on social media have already stated their displeasure and apparent  cancellation of their DC Universe subscriptions over Swamp Thing.

Given that DC or WB have not yet provided any official reason behind the cancellation of the original streaming show, beyond a vague statement, as reported by Forbes, it’s unlikely that audiences or the industry will ever truly know the real reason why Swamp thing was cancelled.