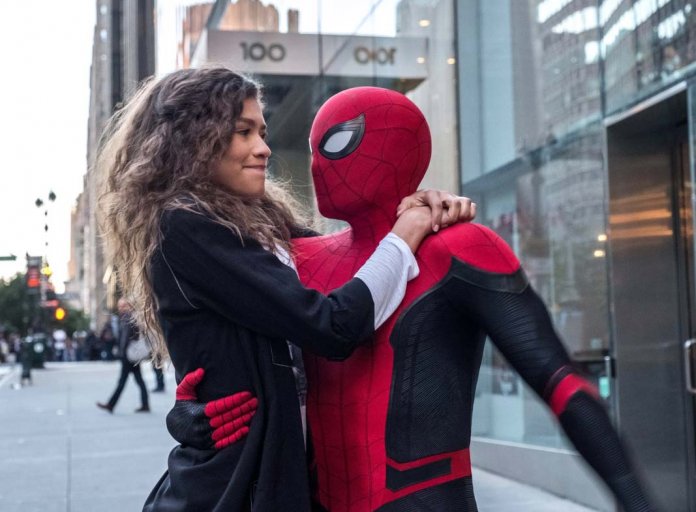 Spider-Man: Far from Home is a very satisfying follow-up to both Spider-Man: Homecoming and Avengers: Endgame. Tom Holland reprises his role as Peter Parker and tries to fight evil without revealing his identity at school.

After Thanos’ snap and its reversal (called “The Blip”), half of Peter Parker’s (Tom Holland) schoolmates are (along with him) five years younger than the rest of their classmates and still at school. The younger students including Peter’s best friend Ned (Jacob Batalon), his crush MJ (Zendaya), Betsy Brant (Angourie Rice) and the risible Flash (Tony Revolori) take a trip to Europe, where Peter plans to announce his feelings to MJ in a concocted romantic scheme. Fate has other plans, and he encounters new interdimensional superhero Mysterio (Jake Gyllenhaal) and is sucked into a SHIELD operation to save the world. 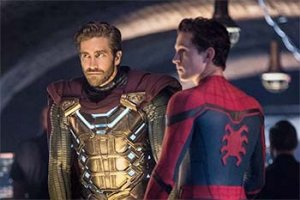 While not quite as tight and appealingly low-stakes as Homecoming, this is a fun, silly movie that balances teen comedy and superhero movie, pulls the rug out from under the audience every now and then, has a great sense of humour and some nicely staged action setpieces. In fact, Far from Home is primarily a comedy or, more precisely, a farce. This really shouldn’t deter any fans of the Marvel films, which have always kept the tone light. It’s not always effective—Parker’s teachers are too goofy by far—but generally it keeps its eye on the ball and makes the innately silly premise of a schoolboy with a secret superhero identity precisely as awkward as it should be.

It also gives a nice nod to fans of the series and makes the absence of Tony Stark keenly felt and gives Happy (Jon Favreau) a strong role as an enthusiastic but inept mentor to Parker. Happy provides a genuine emotional core to the film that gives it some satisfying weight and a sense of context in the now semi-defunct MCU.

Overall, we liked it! It doesn’t feel quite as satisfying as Homecoming, but this is a really nice way to spend two hours and makes us look forward to more offbeat, silly Marvel movies.

PS: As always, stick around for the credits.