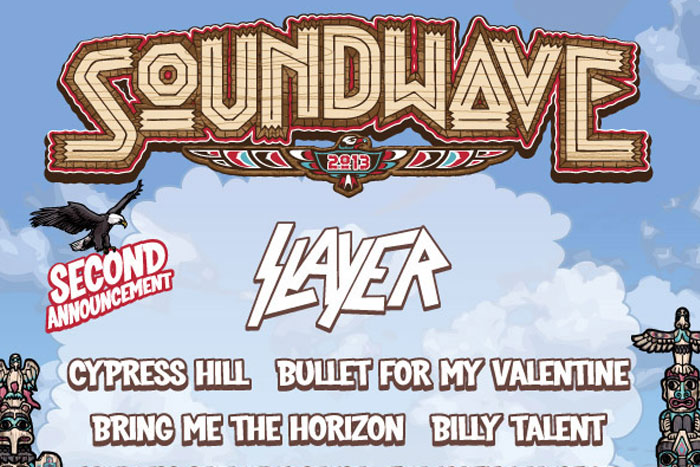 Soundwave Festival keep surprising us, because the festival added more bands to their already epic line-up, including Slayer, Bullet For My Valentine, Cypress Hill and Billy Talent, just to name some.

The addition of Slayer on the bill, joining the already confirmed Metallica and Anthrax, plus a tweet by Soundwave’s big boss Aj Maddah saying that this one was the second of 3 announcements has generating a massive internet buzz with metal lovers dreaming to see the Big Four on the bill with Megadeth as the only missing piece to make the rocker’s dreams true.

Tickets go on-sale to the general public on 9am Thursday, August 23. Tickets through www.soundwavefestival.com, www.ticketek.com.au or 132 849.