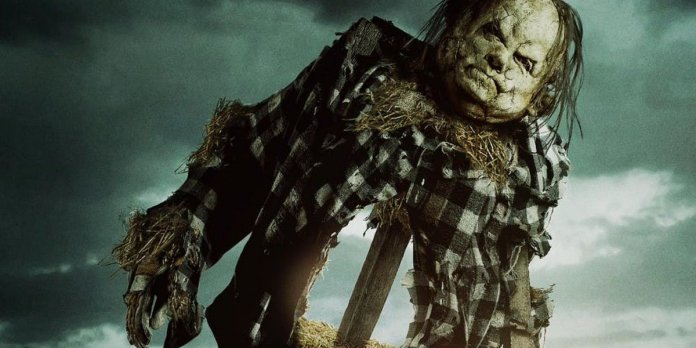 Thanks to Universal Pictures for the chance to see ‘Scary Stories to Tell in the Dark’ before its national release. This is our review of the movie, but as usual, no matter what we say, we still recommend you to go and see it at your local cinema because there is no better critic than yourself!

Scary Stories to Tell in the Dark is directed by Andre Øvredal and stars Zoe Margaret Colletti, Michael Gerza, Austin Zajur and Dean Norris. Set in 1968 the film is about a group of misfit teens who go ‘trick or treating’ on Halloween. After meeting a young outsider Ramon (Garza), the trio decide to show him the towns haunted house. Here they stumble across an old book of scary stories. Unwillingly the group set off a curse that haunts and kills the teenagers in the town, in the form of scary stories. 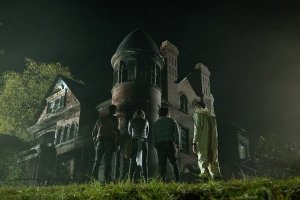 Scary Stories to Tell in the Dark definitely delivers the scares! The film’s dark and twisted story is both entertaining and spine chilling.

The film is similar in theme and tone to many other horror classics, in particular Halloween. The high school setting filled with nasty jocks and misunderstood nerds is all too familiar. Although Scary Stories uses this well known horror outline, the film’s focus on themes of friendship and trust elevate it from other horror films. 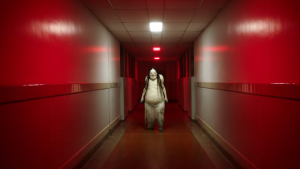 The cast is terrific! In particular, Colletti and Zajur. The actors bring a real sense of fear and believability to their characters. Zajur is the comic relief in the film and delivers some great one liners.

Director André Øvredal has succeeded in creating an eerie atmosphere and gives the audience some truly petrifying scenes! Not without some corny moments, the story is well developed and the reason behind the evil curse is interesting.