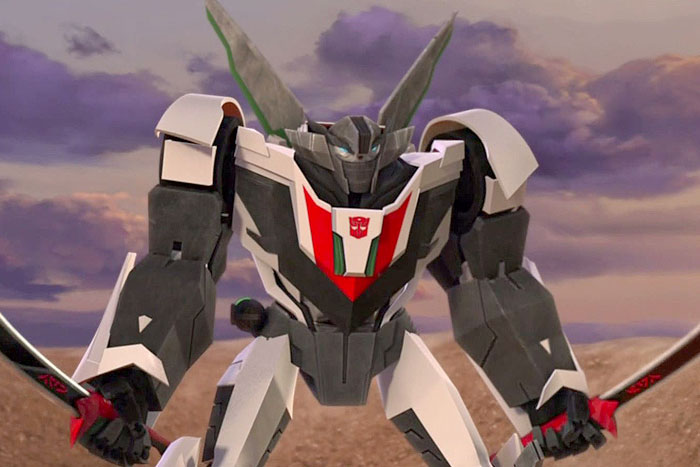 Thanks to Madman, we had the chance to see Volume 2 of the Transformers Prime saga called Unfamiliar Enemies on DVD. Unfamiliar Enemies continues the story after Volume 1 (Darkness Rising) with Starscream taking over as the leader of Decepticons following Megatron’s fall. In order to eliminate the Autobot and dominate Earth, Starscream revives Skyquake, an old heavyweight Decepticon whose only purpose is to crush Prime. Add to all this, some old parasites from Cybertron attacks the Autobots base, putting the life of all robots in jeopardy.

This new volume brings back more old school transformers nostalgia, including the great comeback of a beloved character: Wheeljack who stayed in pretty much his original G1 design with a more bad-ass attitude using 2 swords to eliminate every enemy in his way.

The animation is once again, fantastic for a TV show adaptation where every plot is simple and fun especially because as we said before, robots are the stars of the show, not humans.

So what makes Unfamiliar Enemies a good release, as the title suggests, are unexpected enemies showing up towards the end at Optimus, Prime, Autobots and viewers surprise.

The DVD also has 2 great special features – Character Designs and Episode 1 as a full animatic experience. Madman brings Transformers Prime: Unfamiliar Enemies to Australia on DVD, another worthwhile installment to complete your Transformers collection (or starting a new one!)