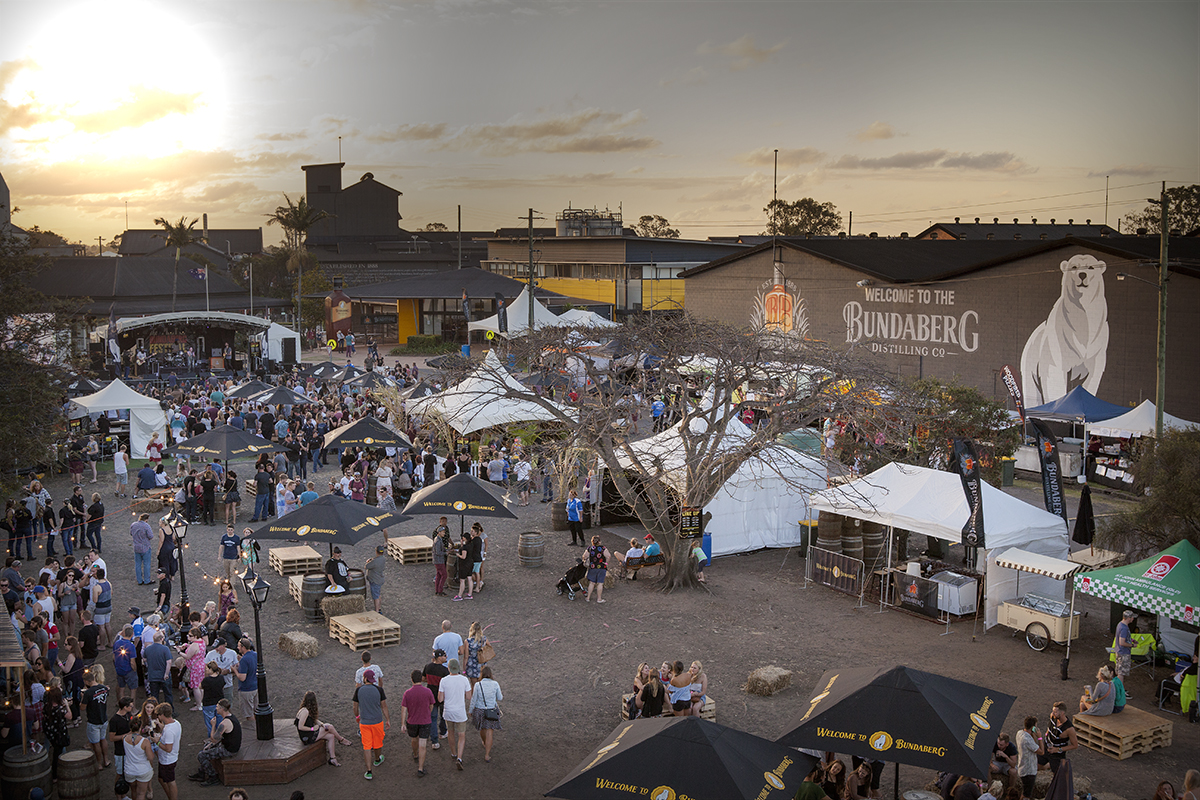 More than 5,000 people walked through the gates of Bundaberg Distillery Company on Saturday (October 10) to take part in the biggest rum celebration in Australia.

The bevy of Australian talent on display electrified crowds and included a resurgent return from The
Grates, one of only a handful of shows that the band has played this year that featured lead singer, Patience Hodgson, leading the festivals first group hug.

Headliners the Antidopean Rock Collective were left with a hard act to follow but closed out the show in style.Made up of Jet’s Mark Wilson, Spiderbait’s Kram, Powderfinger’s Darren Middleton and You Am I’s Davey Lane, Australia’s premier supergroup played an immense set of tracks from each of the members respective bands, along with a host of classic covers leaving the crowd wanting more.

Over the last couple of years The Spirit of Bundaberg Festival has grown to be an iconic key social date for the surrounding region, attracting larger crowds and providing more free entertainment than ever before. The extended musical line-up resulted in longer opening hours than previous festivals, followed by an after-party at The Melbourne Hotel that went into the wee hours. “I played the last festival with You Am I (back in May) and we had a great time,” commented Davey Lane from Antidopean Rock Collective. “When the offer came up [to play] we jumped at it. Bundaberg’s a great place to hang out, and you don’t often find festivals with as convivial an atmosphere as The Spirit of Bundaberg Festival.”

Commenting on the success of the festival, Duncan Littler, Senior Brand Manager at Bundaberg Rum, said: “Our aim is to make The Spirit of Bundaberg Festival one of the must visit festivals in Queensland and Australia by putting on bigger and better line-ups, events and rum-inspired offerings to encourage more people to visit the area. This event is our way of paying back to the community and we’re proud to showcase the best of what Bundaberg has to offer alongside Australian music of the highest calibre.” Other artists on the day included previous Battle of the Bands winner, Derek F Smith, who kicked off the festivities followed by local act Matthew Barker and fellow Battle of the Band-ers Young Dingoes. Other support acts including Michael David Thomas, Brisbane’s Zefereli and Eden Mulholland.

The team at the BDC transformed the Distillery grounds, creating a stunning festival arena with multiple areas for patrons to enjoy including the Bathurst Fanzone and the Bundy Tropics Bar, amongst others.

The undoubted star of the show was the release of the Master Distillers’ Collective (MDC) Black
Barrel – Distilled 2005 that will be available nationwide from Monday, 12 October 2015 and from the BDC Bondstore and online at http://www.bdcbondstore.com.au until stocks last.

Each 700ml bottle of MDC Black Barrel – Distilled 2005 (40% ABV) carries a unique number and is available for a recommended retail price of $139.99. MDC Black Barrel – Distilled 2005 has spent the last decade ageing in American White Oak and was finished in small, heavy charred barrels resulting in a premium, full character old aged dark rum featuring notes of deep caramel and sweet raisins, making it a well balanced treat for the palate.

The Spirit of Bundaberg Festival will return next year.