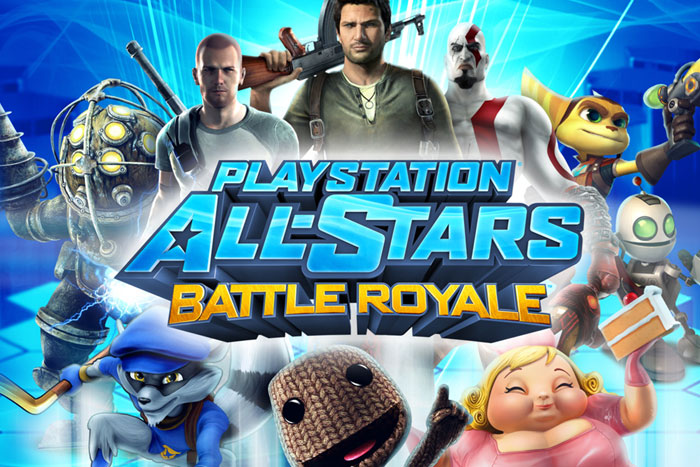 Be ready to become some of your most beloved characters from the play station family for an epic battle showdown with your friends, because Play Station All-Stars Battle Royale has finally hit Australia, just in time for Christmas!

The idea of the game is very simple – select your favorite character, from Kratos, PaRappa, Heihachi Mishima, Dante to Nathan Drake, Cole MacGrath, Fat Princess and so on, for a one-man fight against the CPU or your friends which will definitely entertain you for hours, especially if you use the online multiplayer – the best feature and the purpose of this game.

Obviously, it is inevitable to compare Play Station All-Stars Battle Royale with its rivalry – Nintendo’s Smash Bros. However, despite the similarities in concept, the differences are vast such as on graphics and ways to defeat enemies, because all-stars allows you to access level 1, 2 or 3 super attacks, with level 3 unleashing a grand power that will end the battle.

Moreover, each character has its own finisher attacks in level 3 which is pretty cool, based on their own franchise, e.g. Heihaichi will send you to space (sounds familiar?) or Cole McGrath’s evil version might call for the help of a well-known character to defeat you.

A notable feature of this game is that you don`t have a health bar so you can keep fighting and the winner is the one who falls the most, unless a level 3 attack kills everyone at once. However, you will be able to earn some iconic weapons at times to repair your damage. Graphic are well made with colorful scenarios as each character looks in their finest forms.

Perhaps the only issue with this game is the solo mode as it’s extremely easy to complete. The controls are also a bit hard to get used to in the beginning but after a period of time, you will learn to fight in different arenas easily.

Overall, Play Station All-Stars Battle Royale is a fun release that will keep you hooked in front of your PS3 for a while, especially if you join the battle with your friends…..But be aware, the Multiplayer is highly addictive so don`t forget to take breaks once in a while.