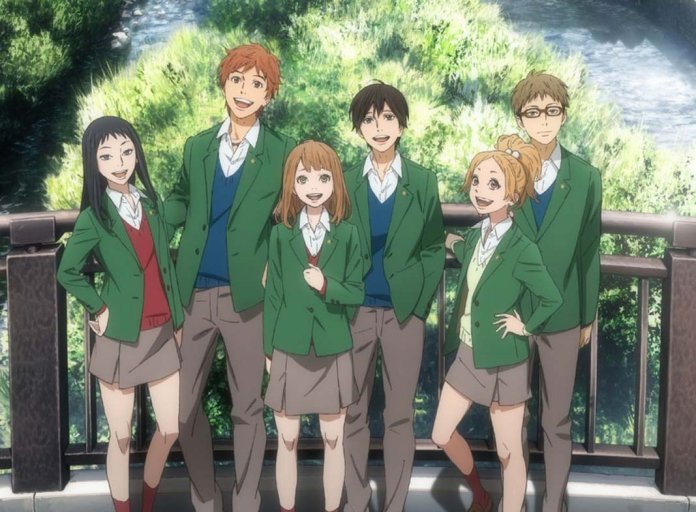 Thanks to Madman we got to watch Hiroshi Hamasaki’s romantic sci-fi drama ‘Orange’ (オレンジ) on Blu-ray.

Orange follows high school student Naho Takamiya who suddenly receives an odd letter from her future self. At first, Naho is sure the letter is a joke, but changes her mind when a series of events listed on the letter starts to happen.

The letter is all about fixing Naho’s biggest regrets in life, especially regarding a new transfer student named Kakeru who will commit suicide in the future. Naho decides to do her best to protect Kakeru from taking his own life, a non-trivial task that will also require the help of her closest friends Hiroto, Azusa, Takako and Saku. 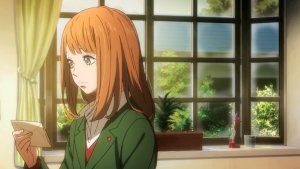 Orange is a very special type of anime series, as it deals with real issues faced by troubled teenagers, like guilt, loss and depression, elevated by a touch of sci-fi by using time travel to keep the plot together in a clever way, as the only thing going through time is the letter Naho gets.

The simplicity of the animation and the very likeable characters make the series a deep but enjoyable journey about school life, friendship, personal struggles and first love. But it’s not without some frustrating moments, especially involving Naho and her lack of decisiveness in trying to speed things up or to express her feelings.

Overall, Orange is another animated gem. However, it might not be for all viewers due to its realistic take on the hard topic of suicide.

Orange is now available on Blu-ray. Get your copy here.

If you or somebody you know is struggling with depression or need help, please seek help and contact Lifeline Australia or call 13 11 14